Was Pierre Trudeau a Disaster for Canada? 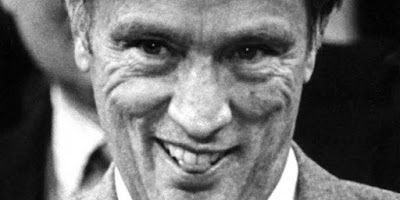 Three subsequent important prime ministers -- Brian Mulroney, Jean Chretien and Stephen Harper -- invested their energies cleaning up the wreckage left by Pierre Trudeau. Finally, nobody speculates any more about Canada defaulting on its debt, or splitting apart, or being isolated from all its major allies.

This is the full text of David Frum's opening statement at a debate over the late prime minister's legacy hosted by the MacDonald-Laurier Institute. Arguing for Trudeau was Lawrence Martin. The debate, moderated by Michael Bliss, was held Tuesday Sept. 27, 2011 at the Museum of Civilization in Ottawa.

Under the strict rules of debate, my opponent can win if he proves that Trudeau was something less than a disaster for Canada: a misfortune or even merely a disappointment. I hope you will hold him -- and Trudeau -- to a higher standard. I hope you will require him to prove that Pierre Trudeau was affirmatively a good thing for Canada, actually a successful prime minister.

If so, he cannot possibly win.

Debating this resolution in Toronto against Prof. John English, I was very struck that my opponent readily conceded that Pierre Trudeau was a very poor manager of the Canadian economy. Prof. English argued more strenuously that Trudeau's foreign policy record was not as bad as it looks. I'll take up that issue later.

Prof. English hung everything on Pierre Trudeau's alleged services to national unity. He described Pierre Trudeau as a very flawed man who also happened to be the savior of his country.

My answer then, which I'll repeat again tonight, was that on the contrary, Pierre Trudeau did more than almost anyone in Canada to strain and break national unity. Through his own tactlessness and arrogance, he consistently aggravated the problem. In order to justify his own mishandling of the national unity issue, Trudeau in his retirement, concocted a ridiculous story that separatism had been defeated by him in 1980 -- shrugging off the inconvenient fact that separatism raged for another two decades, that a second referendum in 1995 proved even closer than the first -- and that in the end separatism was quelled not by Trudeau-style constitutional amendments but by economic and demographic change inside Quebec itself. If Pierre Trudeau had spent his entire life as an international playboy -- instead of just the first half of it -- the story would have ended in almost exactly the same way, except very possibly... sooner.

Canada today is a very successful country. It has suffered less from the global economic crisis than any other major economy.

So Canadians may be tempted to be philosophical about disasters in their own past. Hasn't all come out right in the end? But I want to stress: Canada's achievement overcoming Trudeau's disastrous legacy should not inure Canadians to how disastrous that legacy was.

Three subsequent important prime ministers -- Brian Mulroney, Jean Chretien and Stephen Harper -- invested their energies cleaning up the wreckage left by Pierre Trudeau. The work has taken almost 30 years. Finally and at long last, nobody speculates any more about Canada defaulting on its debt, or splitting apart, or being isolated from all its major allies.

Yet through most of the adult lives of most people in this room, people in Canada and outside Canada did worry about those things.

And as you enjoy the peace, stability and comparative prosperity of Canada in the 2010s just consider -- this is how Canadians felt in the middle 1960s. Now imagine a political leader coming along and out of ignorance and arrogance despoiling all this success. Not because the leader faced some overwhelming crisis where it was hard to see the right answer. But utterly unnecessarily. Out of a clear blue sky. Like a malicious child on the beach stomping on the sand castle somebody else had worked all morning to build.

That was the political record of Pierre Trudeau.

Pierre Trudeau took office at a moment when commodity prices were rising worldwide. Good policymakers recognize that commodity prices fall as well as rise. Yet between 1969 and 1979 -- through two majority governments and one minority -- Trudeau tripled federal spending.

In 1981-82, Canada plunged into recession, the worst since World War II. Trudeau's already big deficits exploded to a point that Canada's lenders worried about default.

Trudeau's Conservative successor Brian Mulroney balanced Canada's operating budget after 1984. But to squeeze out Trudeau-era inflation, the Bank of Canada had raised real interest rates very high. Mulroney could not keep up with the debt payments. The debt compounded, the deficits grew, the Bank hiked rates again -- and Canada toppled into an even worse recession in 1992. Trudeau's next successors, Liberals this time, squeezed even tighter, raising taxes, and leaving Canadians through the 1990s working harder and harder with no real increase in their standard of living.

Do Canadians understand how many of their difficulties of the 1990s originated in the 1970s? They should.

The NEP tried to fix two different prices of oil, one inside Canada, one outside. The NEP expropriated foreign oil interests without compensation. The NEP sought to shoulder aside the historic role of the provinces as the owner and manager of natural resources.

Most other Western countries redirected themselves toward more fiscal restraint after 1979. Counting on abundant revenues from oil, the Trudeau government kept spending. Other Western governments began to worry more about attracting international investment. Canada repelled investors with arbitrary confiscations. Other Western governments recovered from the stagflation of the 1970s by turning toward freer markets. Under the National Energy Policy, Canada was up-regulating as the US, Britain, and West Germany deregulated. All of these mistakes together contributed to the extreme severity of the 1982 recession. Every one of them was Pierre Trudeau's fault.

Pierre Trudeau had little taste for the alliances and relationships he inherited in 1968. His spending spree did not include the military. He cut air and naval capabilities, pulled troops home from Europe, and embarked on morale-destroying reorganizations of the military services. In 1968, Canada was a serious second-tier non-nuclear military power. By 1984, Canada had lost its war-fighting capability: a loss made vivid when Canada had to opt out of ground combat operations in the first Gulf War of 1990-91.

Something more was going on here than a left-of-center preference for butter over guns. Throughout his life -- now better known than ever thanks to John English -- Pierre Trudeau showed remarkable indifference to the struggle against totalitarianism that defined the geopolitics of the 20th century.

Indifference may be too polite a word.

Pierre Trudeau opted not to serve in World War II, although of age and in good health. If not pro-Nazi, he was certainly anti-British. As a young student, we learn from John English's biography, he wrote a play heavily seasoned with anti-semitic themes, and he opposed the entry of Jewish refugees into Canada.

After the war, Trudeau traveled to Josef Stalin's Soviet Union to participate in regime-sponsored propaganda activities. He wrote in praise of Mao's murderous regime in China. Trudeau lavishly admired Fidel Castro, Julius Nyere, and other Third World dictators. The Soviet dissident Andrei Amalrik scathingly recalled Trudeau's 1971 prime ministerial visit: Trudeau visited the Siberian city of Norilsk and lamented that Canada had never succeeded in building so large a city so far north -- unaware, or unconcerned, that Norilsk had been built by slave labour.

It's telling I think that Trudeau came to the edge of endorsing the communist coup against Solidarity in Poland in December 1981. Hours after the coup, Pierre Trudeau said, "If martial law is a way to avoid civil war and Soviet intervention, then I cannot say it is all bad." He added "Hopefully the military regime will be able to keep Solidarity from excessive demands."

Let that disgusting remark be remembered forever. The man who began his career despising Churchill ended by shrugging off Lech Walesa.

Yet it was upon the Canadian nation that Trudeau inflicted his greatest harm.

When Pierre Trudeau was elected prime minister in 1968, Canada faced a small but militant separatist challenge in Quebec. In 1970, that challenge erupted in terrorist violence: two kidnappings and a murder of one of the kidnapped hostages, Quebec cabinet minister Pierre Laporte.

Trudeau responded with overwhelming force, declaring martial law in Quebec, arresting dozens of people almost none of whom had any remote connection to the terrorist outrages. The arrests radicalized them, transforming many from cultural nationalists into outright independentists. As he did throughout his career, Trudeau polarized the situation - multiplying enemies for himself and unfortunately also for Canada.

In 1968, Trudeau's Liberals won 27 seats west of Ontario. In 1980, they won two. I'm always glad to see the Liberals lose a seat. But a political system in which each of Canada's two main parties piles up huge super-majorities in one region of the country -- while being blanked out of another -- is not healthy.

To win his referendum, Trudeau promised Quebec constitutional changes to satisfy Quebec nationalism. Instead, he delivered a package of constitutional changes that tilted in exactly the opposite direction. The government of Quebec refused to ratify the new constitutional arrangement, opening a renewed opportunity to separatists and bequeathing a nightmare political problem to Trudeau's successors.

For the next 15 years, Trudeau's successors had to grapple with the consequences of Trudeau's constitutional bad faith.

Aggravating their difficulties was Trudeau's other legacy: his disastrous debt. In the early 1990s, Canada looked like an over-mortgaged property. Many Quebeckers - who might have wished to remain inside an economically successful Canada - saw in separatism an inviting opportunity to escape a burden and start fresh.

It's not a coincidence that separatism truly ebbed only as the debt burden was overcome -- and as quitting Canada, not staying, began to look like the losing economic proposition.

Defenders of Trudeau's disastrous governance habitually rally around one great accomplishment: the Charter of Rights and Freedoms.

Well, Herbert Hoover had some excellent wilderness conservation policies, but we don't excuse the Great Depression on that account. Would it really have been so impossible to achieve a Charter of Rights without plunging Canada into two recessions, without wrecking the national finances, without triggering two referendums, without nationalizing the oil industry, without driving not only Quebec but also Alberta to the verge of separation?

To me, one story will always sum up Pierre Trudeau.

1979. Trudeau had lost that year's election. His career seemed finished. Reporters awaited in the driveway of 24 Sussex Drive as he stepped into his gull-winged vintage Mercedes to speed away into history.

Pierre Trudeau pondered. He remembered something that Richard Nixon had said after losing the California governor's race in 1962 and revised Nixon's words to his own very different purpose. "Yes," he said. "I regret I won't have you to kick around any more."

It's long past time that Canadians in turn resolved: no longer to be posthumously kicked by this bad man and disastrous prime minister.

I ask you to vote yes to the resolution.
Please share this.
Posted by alpha411net at 4:37 PM