A billion for WHO? Trudeau throws money at China while Canada burns 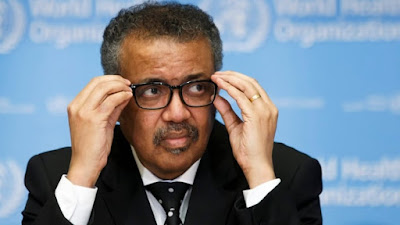 Forgive me for calling it a boneheaded, billion-dollar boondoggle, but sometimes you’ve got to call a spade a spade.

Prime Minister Trudeau’s latest attempt to grab international headlines and bolster his chance at a seat at the United Nations Security Council involved sliding a cool $850 million to the United Nations World Health Organization. Yes,that WHO.

The same WHO under scrutiny for allegedly getting just about everything wrong in its Covid-19 advice to member nations. The United States has called it ‘China-centric’ while Japan’s Deputy Prime Minister says some are calling the WHO the “Chinese Health Organization”.

Remember the now infamous question about which country’s political system Trudeau most admired? The Liberal leader responded: “There’s a level of admiration I actually have for China. Their basic dictatorship is actually allowing them to turn their economy around on a dime.”

I wonder how those fighting for democracy, or the Christians with churches razed to the ground, or the Uyghurs, Kazakhs, Kyrgyz and Turks in concentration camps, or the countless political prisoners, view this latest billion dollar gift?

What’s truly troubling is Trudeau’s disregard for the economic engines that fuel his pipe dreams. The oil and gas industry received a whopping $1.7 billion to clean up some orphaned wells. Almost as if the eco-puppeteers that pull the strings on his foolish social experiments gave the nod to allow a couple billion to go to the industry if it bought a little virtue signalling for their cause. But no specific money for the workers and families and those who are really suffering under Trudeau’s broken Western policies.

To be able to gripe about a Conservative MP spending $16 on a glass of orange juice again; those were the good old days.

Today, billions of dollars leave without even so much as a moment of debate. Questioning anything is met with accusations of racism, anti-intellectualism, and downright disloyalty to the favoured eco-religion of the day. The media cuts and pastes the daily spending announcements and Liberal talking points like the good kids they are. Fret not dear media, you’ll get something nice in your stocking, too.

The WHO donation won’t save us from ourselves. What we’re witnessing here is not leadership. It’s another attempt to put Trudeau in a light that props up this myth. This a mockery of Canadians’ intelligence, but it appears to be working. Most polls now have the Liberals around 45 per cent and with nearly twice the support of the Conservatives, more than enough to win a huge, Eastern-based majority government if they go into an election soon.

Canada’s economy is burning. A record-setting one million jobs lost in March, and we’re bracing for many more. This is a raging house-fire and Trudeau doesn’t seem to know which end of the firehose to hold.

Prime Minister Trudeau was elected to represent Canadians, and while Canadians are as generous as they come, an additional billion dollars to grease the wheels of the United Nation’s World Health Organization is tone deaf.

While aboriginal communities still languish without clean water, Prime Minster Trudeau is content in feeding hungry bureaucracies overseas instead. Then, like nothing happened, he struts back into his comfortable cottage awaiting his next marching orders from the leftist brain trust that runs the show. That next move; make criminals out of tens of thousands of law-abiding gun owners.

This version of Canada is broken

Mr. Trudeau will never be known as a statesman, and for that, Canadians deserve better.