Why Gun Control is Fraud 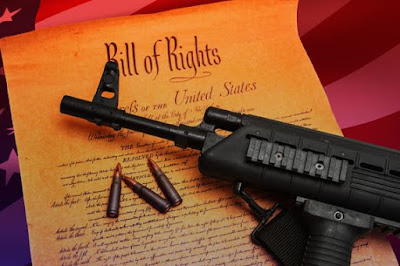 The second Amendment does not grant the right to own guns. It recognized the pre existing right.
“A well regulated Militia, being necessary to the security of a free State, the right of the people to keep and bear Arms, shall not be infringed.”

The American Revolutionary War was fought in large part because the Brittish tried to disarm Americans.

The American Revolutionary War was fought and won because private citizens owned multiple ships outfitted with multiple rows of cannons that could be granted letters of marque and reprisal, which is to say, legal permission, to attack foreign nation ships and steal their cargo.

More people have died in the 20th Century from their governments first disarming them, and then slaughtering their own people, about 200 million people killed, more than any other source, except possibly death by modern medicine.

I believe all “gun free zones” should be abolished because they are unconstitutional, and that they trample on the civil rights of the people to keep and bear arms.

I believe that a private business that is open to the public must give service to people who are carrying weapons, because private businesses are licenced by the government, and are not allowed to discriminate against people based on sex, color or religion, and it is also a civil right, and religious command to carry weapons for self defense and for those who cannot defend themselves.

I believe that when people call the police to report “a person with a gun” that the police should arrest the caller for reporting a non crime, and/or for trying to convert a civil right into a crime.

People are being disarmed every day in America simply through the process of a restraining order. If anyone lies and makes up an event where you threatened them, as people tend to do if they get caught threatening you they will quickly resort to this kind of false accusation, then you will lose your right to own a gun as most restraining orders are granted. These are federal laws.
https://family.findlaw.com/domestic-violence/firearms-and-domestic-violence.html

There are 2-3 million temporary restraining orders issued each year, more than the 2 million babies being born each year.

Almost all restraining orders applied for, are granted, because judges like to “err on the side of caution”.

At this rate, eventually everyone will no longer have any right to keep and bear arms.

One of the best organizations that I have found that advocates for gun rights is:
Jews for the Preservation of Firearms Ownership
http://jpfo.org/