Benefits, and Costs, of Immigration to Canada 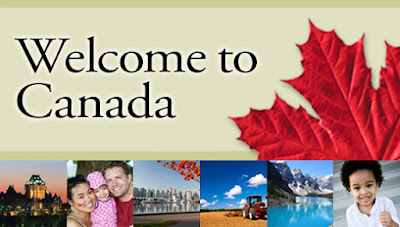 Opinion: The average recent immigrant in Canada imposes a fiscal burden of $5,300 annually.
A lot of roads, affordable housing and cleaner environment could be purchased with the money spent on poorly selected new immigrants who don't carry their share of the fiscal load.

In a recent campaign speech, Maxime Bernier, leader of the People’s Party of Canada, cited the results of one of our studies, which showed that recent immigrants are imposing a heavy fiscal burden on Canadians. He used this information to justify his plan to reduce future levels of immigration.

The CBC had journalist Jonathon Gatehouse do a “fact check” of Bernier’s claim about the fiscal burden. In a publication sponsored by the CBC, he concludes that this claim is “false.” Since this verdict implies that our study also reached false conclusions, we feel compelled to do our own fact check of the analysis produced by Gatehouse.

The author makes much of the well-known fact that immigrants have a positive effect on aggregate national income (GDP), which says nothing about the fiscal burden. He also fails to note that recent immigrants have lowered Canada’s per capita income since, according to official statistics, they have lower average incomes than other Canadians.

He also cites a number of published studies and data he considers relevant. They involve well-known facts and again tell us nothing about the fiscal burden. For example, he notes that the gap in the unemployment rate between recent immigrants and native-born Canadian males has narrowed, but neglects to mention that this always happens when an economic boom creates increased demand for labour and leads to the hiring of previously unemployable workers.

Another statistic Gatehouse cited is that the wages received by immigrants who entered the labour market in 2017 were the highest ever. These wages have indeed been increasing every year, along with the wages of all new labour force entrants. The fact that the average incomes of immigrants who arrived in 2006 increased consistently over the following 10 years simply reflects the normal increase in incomes of all workers through time due to increased skills and work experience. As working immigrants go through this cycle, their average income rises relative to the average income of Canadians of all ages.

Estimating the fiscal burden immigrants impose on Canadians requires data on the average taxes paid and government benefits received by immigrants. Data from the 2016 Census also cited by Gatehouse shows that the average income of recent immigrants aged 25-54 continues to fall short of that of non-immigrants, which means they continue to pay less in taxes on average.

In our most recent study we used basic statistics from the previous census and the National Household Survey to estimate that because of Canada’s progressive income tax system, recent immigrants paid much lower income taxes than non-immigrants. We added to this amount other taxes related to income and wealth, such as the GST and capital gains taxes, and concluded that in 2008-09, recent immigrants on average paid $13,100 in tax compared with $18,000 paid by other Canadians, yielding a shortfall of $4,900 per year.

The government publishes statistics on how much it spends to provide different types of benefits. In the absence of all the required information, we assumed that immigrants received the same benefits on average as did other Canadians. This assumption seems reasonable since nearly all spending was on universal health care, social insurance, education, security and conservation of the environment.

In response to criticism, we estimated that with their lower incomes immigrants benefit less from government spending on protection but, because they have more children on average, benefit more from spending on education. The net effect of these adjustments is that immigrants on average receive $414 more than non-immigrants in benefits.

Gatehouse noted that in our study we had not taken account of welfare and other social benefits received by immigrants, which some believe to be excessive and others believe to be less than what non-immigrants receive. We deliberately avoided this controversial issue and assumed simply that both groups received the same average amount of such benefits. The greatest differences between recent immigrants and others is on the tax, not the spending side of the government accounts.

When we combined our estimates of taxes paid and benefits received we found that the average recent immigrant in Canada imposes a fiscal burden of $5,300 annually.

According to government statistics, in 2010 the number of recent immigrants (since 1985) was about 3.7 million. Multiplying this number by $5,300 brings the estimated fiscal burden that year to $20 billion. Since then the stock of immigrants has increased by 250,000 a year and raised the annual fiscal burden in 2018 to over $30 billion.

Canada needs a full discussion of its immigration policy that considers both its benefits, which are discussed by politicians and the media all the time, but also its very real costs, which involve not just the fiscal burden but also traffic congestion, overcrowding of hospitals, schools and recreational facilities, deteriorating environment and lack of affordable housing, which governments cannot address in part because of the fiscal burden. A lot of roads, affordable housing and cleaner environment could be purchased with that $30 billion.

Herbert Grubel is professor emeritus of economics at Simon Fraser University. Patrick Grady is with global-economics.ca