TORONTO—His first target was a group of teenage girls eating ice cream. They stood in their summer dresses and spiked heels at the edge of a parkette, hub to the lively Greektown bar-and-restaurant strip on Danforth Avenue.

The shooter spotted them. Moving briskly along the south sidewalk, opposite the parkette, he passed the Logo Bar, Brass Taps, Mocha Mocha and a Tim Hortons coffee shop, then crossed the street and opened fire.

He shot one girl through the hip, another in the stomach, a third twice in the stomach and kidney, and a fourth, Reese Fallon, three times in the left arm. The first three victims crumpled to the pavement. Fallon staggered away from the street, stunned, and asked a man for help. “Please call 911,” she said, and as the man fumbled with his phone the shooter clicked a fresh magazine into his 40-calibre Smith & Wesson handgun. “Run!” cried a bystander, and when Fallon tripped, the shooter pumped 10 more rounds into the prone 18-year-old girl. “He went back and finished her off,” a witness said.
Reese Fallon 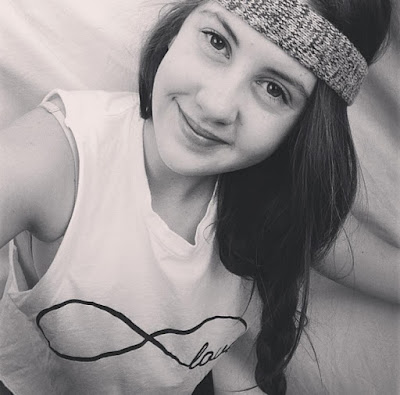 Many details of that Sunday night two years ago, on July 22, were never made public. Police never disclosed that Fallon sustained 13 bullets, most of them fired point-blank. News reporters never put together that eight high-school friends stood at the parkette, seven girls and one guy, and that half of them were shot.

Worse, crucial details of the mass shooting went unexplored or were deliberately suppressed, possibly out of political correctness. The next day, police reported a total of fifteen people shot, including two dead, but the civilian Special Investigations Unit ordered the shooter’s name withheld. Late in the day, when the unit relented and announced the name — a Muslim name — police and politicians warned against jumping to conclusions.

“I am certainly not going to invite any type of speculation,” Police Chief Mark Saunders told reporters. “At this stage,” said federal Public Safety Minister Ralph Goodale, “there is no connection between that individual and national security.”

Goodale knew, however, that a connection might eventually be made. Police cited possible Islamic terrorism when they applied for search warrants, and the Canadian Security Intelligence Service (CSIS) began a six-month probe into potential terrorist ties. Authorities also knew that the shooter’s brother was linked to the discovery of a chemical-weapons cache with serious national-security implications.

On the second anniversary of the shootings, the Covid-19 pandemic prevents a large memorial gathering, but no virus can stop a review of the known facts and uncomfortable loose ends.

The shooter was Faisal Hussain. He was 29 years old, a skinny man with a long face, heavy eyebrows, and a close-cropped black beard. He still lived with his parents, devout Muslims from Pakistan. The three shared a two-bedroom high-rise apartment in Thorncliffe Park, north of the Danforth neighbourhood across a bend in the Don River Valley.
Faisal Hussain 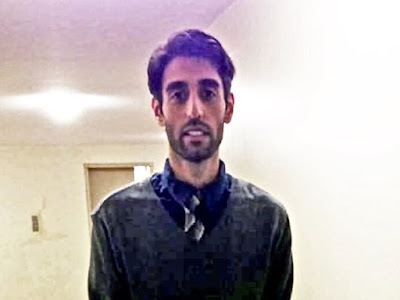 Faisal held two part-time jobs. He stocked shelves at Loblaws and Shoppers Drug Mart. On Sunday, July 22, 2018, he returned home from the grocery, ate dinner, chatted with his fraternal twin brother, who was visiting, and at 9:10 p.m. walked into the warm, humid night toward the popular strip everybody calls “the Danforth.”

At 9:56 p.m., at the bustling parkette, he started shooting. He used a stolen gun and shot expertly, standing with legs apart and arms outstretched in a two-handed grip. In dark clothing and a black cap, carrying extra ammunition in a shoulder bag, he continued westward for another 400 metres, changing magazines on the fly and sending people screaming.

He shot one waiter through the hand and another through the thigh. On the sidewalk, he yelled at a mother and son, “Get out of my way,” and shot them both. On a restaurant patio, he severed the spinal cord of nursing student Danielle Kane, paralysing her from the waist down, and at a dessert café he shot Donny Kozis and his 10-year-old daughter, Julianna. Separate ambulances took them to St. Michael’s and Sick Kids hospitals, respectively, then one ambulance rushed the father to Sick Kids in time to be with Julianna when she died. Ten minutes after the shooting started, as police closed in, Hussain shot himself in the head.
Julianna Kozis 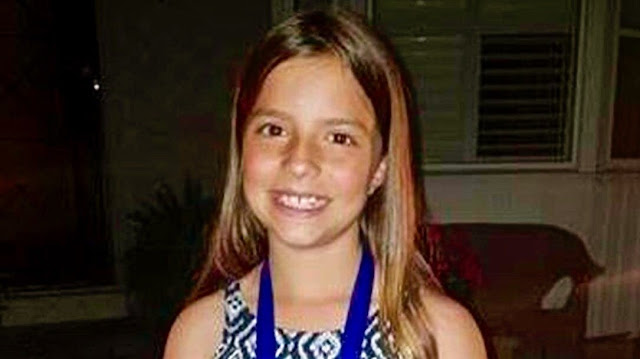 “Our son had severe mental health challenges, struggling with psychosis and depression his entire life,” a press statement attributed to Hussain’s family said, but it would prove to be misleading.
Faisal Hussain on Danforth Ave. 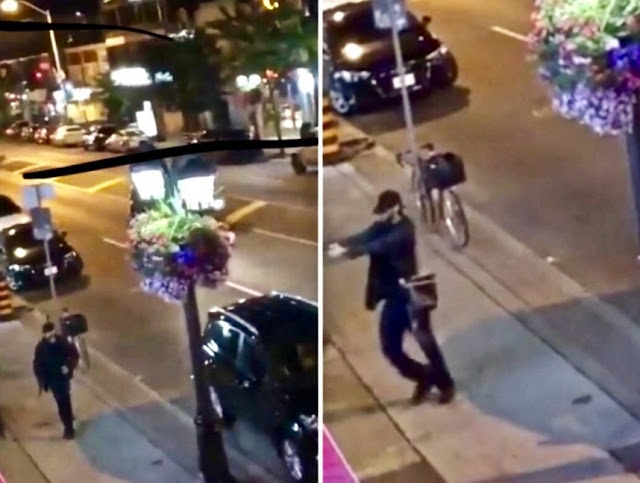 Politicians blamed gun availability. “The city has a gun problem,” Toronto Mayor John Tory said. The federal government is “prepared to consider” tightening handgun laws, said Goodale, a position since supported by a coalition of Danforth victims and families, who have also taken legal action against Smith & Wesson.

Islamic terrorism dropped from the conversation. Heavily redacted documents later obtained by the Toronto Sun’s Anthony Furey revealed nothing of the CSIS probe. The Toronto Police Service, after one year, issued a 23-page report saying Hussain suffered from depression and was diagnosed in high school with “antisocial personality disorder” but not “psychosis.”

Elsewhere, the report raised more questions than it answered. In the shooter’s bedroom, officers found an iPad, two laptops and three cell phones. They found heroin and M.D.A. packaged for trafficking and hundreds of rounds of ammunition for a Glock handgun, Ruger pistol, Winchester rifle and an AK-47 assault rifle. “Given the amount of ammunition on hand, it is reasonable to believe this occurrence was planned,” search-warrant request said, although no matching guns were found.

Police also reported seizing an “Islamic head dress,” without explaining what that meant, and digital files that included material about the 9/11 Al Qaeda attacks on the United States. In 2001, Hussain’s family left Canada for two years, the report also said, without making clear whether they were in Pakistan on 9/11 or during the subsequent U.S.-led war in neighbouring Afghanistan against Al Qaeda and the Taliban.

“Two or three years” before the shooting, Hussain’s father told police, he and his son visited Islamabad and his son was “happy” and “did not want to return” to Canada. Two receipts found in his room showed that, in Pakistan, Faisal paid nearly $10,000 cash to an Islamic centre.

The ammunition, 9/11 material, recent Pakistan trip and cash to unknown recipients apparently drew no serious investigation. Police did not establish how long Hussain spent in Pakistan, where he went, whom he met, what he did, or why he paid the money. “Little information was located due to the challenge of obtaining records from foreign non-digital databases,” the report said, suggesting police confined their inquiry to a data search.

“Final Conclusion,” the report ended lamely, “there is no evidence that Faisal Hussain was directed or assisted in the crimes he committed.”

Hussain’s possible link to a chemical weapons cache went entirely unaddressed. All that is known so far is that his older brother, Fahad, was charged with trafficking crack cocaine in Saskatoon in 2015. He was returned to Toronto to await trail and shared a room with Faisal, but in early 2017 Fahad moved to a Pickering house owned by their childhood friend, Maisum Ansari.

At the Pickering apartment Fahad overdosed. He became a vegetable. A short time later, in September 2017, firefighters responding to a carbon-monoxide alarm at the apartment discovered 33 illegal guns and a massive quantity of carfentanil, cousin to the killer opioid fentanyl and far more toxic.

The U.S. Defense Department ranks carfentanil as a dangerous weapon, and the international Chemical Weapons Convention bans it. A couple of grains can kill a person. A single kilogram, doled out in two-grain portions, could kill millions of people. In Pickering, police seized 42 kilograms of the drug, the biggest ever such bust in North America.

Ansari and an associate, Babar Ali, each face 337 charges. When their trial begins this winter, The National Telegraph will be there.