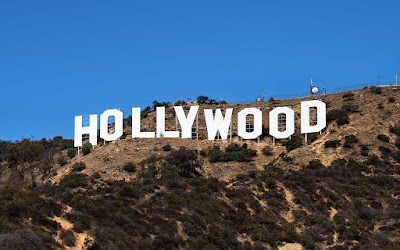 The pro-abortion bent of Hollywood celebrities is no secret. But Planned Parenthood’s extensive influence over them may be a surprise to many.

The billion-dollar abortion “nonprofit” pays an employee just to hobnob with celebrities and lobby them to advocate for abortion through their work.

The Washington Post recently highlighted the breadth of abortion activist Caren Spruch’s influence over the American entertainment world. Her job is to sell abortions to the American people through TV shows, movies, music and other entertainment avenues.

In 2017, the pro-abortion women’s blog Refinery 29 described how Spruch is “taking over Hollywood” for the abortion chain. In the past two years, she apparently has.

According to the National Catholic Register, Spruch has been an adviser on more than 150 movies and shows, including “Jane the Virgin,” “Obvious Child,” “Crazy Ex-Girlfriend,” “The Fosters” and “Parenthood.”

An employee of Planned Parenthood, she “encourages screenwriters to tell stories about abortion and works as a script doctor for those who do,” the report states. It is not clear if her position is funded by taxpayer dollars; but Planned Parenthood receives nearly half a billion dollars from the government every year.

Melanie Roussell Newman, senior vice president of communications and culture at Planned Parenthood, told the Post that Spruch’s work is important because entertainment has a huge influence on people’s views.

Keep up with the latest pro-life news and information on Twitter.

Though Planned Parenthood clearly has an agenda, Spruch tried to claim that she does not “impose an ideological purity test” on celebrities and screenwriters.

Here’s more from the Register:


She was asked if the “promise of entertainment is in part that movies and TV will still be available vehicles even if the justices overturn Roe,” and responded that “focusing on culture would hopefully activate more people and prevent that from happening.” …
This revelation that Planned Parenthood is literally able to put words in the mouth of a prominent actress is unsurprising given that abortion is a favorite cause of many in Hollywood. Spruch reportedly has even influenced stars to wear Planned Parenthood apparel during public appearances, like Emma Stone and Dakota Fanning’s Planned Parenthood pins on the red carpet at the 2017 Oscars.

Just a year later, Planned Parenthood President Cecile Richards appeared on stage at the Oscars where she was honored as a social justice heroine. Richards made more than $1 million that year working in her posh Manhattan office, all while claiming to be an advocate for low-income women.

Spruch and Planned Parenthood appear satisfied with their influence over Hollywood.

“I always talk about the things that I think are missing,” she said. “And they come to be.”

Spruch told the newspaper that she has “been nudging her Hollywood contacts to think about the dramas that could unfold around abortion restrictions, or the stories they could tell from abortion providers’ perspectives.”

Planned Parenthood is the top abortion business in the United States. Last year, it performed more than 330,000 abortions, according to its most recent annual report.

At the same time, it saw 2.4 million patients, about 500,000 fewer than five years ago. Contraception, cancer screenings, prenatal care, well-women exams and other services also dropped.

Despite all that it is doing to push abortions on America, Planned Parenthood is losing. President Donald Trump has defunded the abortion chain of at least $160 million through his Mexico City and Title X policies, and investigations continue to reveal disturbing, hypocritical and potentially illegal practices inside the abortion chain.