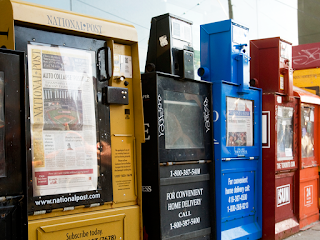 The federal government’s proposed measures to assist Canada’s largely beleaguered media industry have attracted a good deal of criticism. A promise in the run-up to a general election next year of $595 million over five years to the media was bound to incite considerable suspicion about the disposition of the government to dispense such money to such needful, financially vulnerable, and politically influential people on an impartial basis. The terms of the program, as outlined, are quite defensible and whether it is a good thing or not will, like most assistance programs, depend on its administration and the integrity and intelligence of the people who dispense the funds.

There has always been a natural problem in Canada with the competitive quality of the English-Canadian media because of the contiguity of an English-speaking society in the United States that is entirely accessible to Canada and which has practically unlimited reserves of talent and money. Carving a niche for Canada in that environment has always been a challenge, and when artificially assisted, has often led to the subsidization of gratuitously anti-American media and entertainment, or more often, simply mediocre content that could not survive independently.

Many sectors of the Canadian media have been afflicted by deficiency of talent, aggravated, as in other spheres, by migration of talent to the United States, but Canada has steadily advanced in its capabilities and even in its cultural self-confidence. When television first became a general medium in most homes, Canadian programming consisted largely of hockey and football games and reruns of American sitcoms and other programs. When the country became the most wire-cabled in the world because of the addiction of Canadians to American entertainment, simulcasting was resorted to, in which American programming was cable-cast but in what amounted to outright piracy, the commercial gaps and even the visible advertising on the programs, such as those on the boards of National Hockey League arenas in the United States, had Canadian advertising sold and inserted over them. The late Ted Rogers, cable pioneer and a great citizen (and dear personal friend), po-facedly professed that this was “cultural sovereignty.” There were other possible descriptions for it.

I am not an inveterate television viewer and am not qualified to judge comparative television programming with any precision, but my impression is that Canadian production values have sharply increased and that English Canada now has reasonably competitive evening programming as one would expect of a prosperous and well-educated population of about 30 million anglophones (as a first or passable second language). We have largely crossed the desert from a Dominion, a semi-colonial country where the ruling impulses were a somewhat discordant mélange of British loyalty, North American cultural community, and French Canadian particularism, if not outright secessionism. A Canadian sense of collective self has grown self-consciously, but steadily.

The combination of Canada’s emergence as an authentic G7 country and one of the 10 or 12 most important of the world’s 198 countries (including Palestine, Taiwan, and the Vatican), and the astonishing sequence of geopolitical and economic blunders the United States incurred after its immense and almost bloodless triumph in the Cold War, and the defeat of the Quebec separatists, have added a cubit to Canada’s stature in the eyes of the world and of itself, and rightly so. We abstained from the catastrophic second Iraq War and our financial institutions were almost untouched by the Great Recession that flattened almost all the world’s banking systems, including those of the proverbially wisest lenders, the Swiss, Dutch and Scots. Jean Chrétien and Stephen Harper, whatever else might be said about them (and I am one who has not always praised them), were as prudent as Bill Clinton, George W. Bush and Barack Obama were impetuous or incompetent.

In these circumstances, I think an investment by the public sector in Canadian media can be beneficial, if it is politically even-handed and underwrites quality and originality and not just cronyism and the second-rate. Nor should it prop up corporate ineptitude. I have written here and said elsewhere that the secret of the survival of daily newspapers is to exploit low compensation levels in their distressed sector and hire to increase quality while also increasing cover prices. Everyone who buys a newspaper in Canada is a relatively high-income and high-education person and is not cover price-sensitive, as long as they are getting value for money. Too many Canadian publishers have just circled the drain by shrinking and scrimping and cutting costs indiscriminately, leaving readers dissatisfied with a deteriorating product. The quality of the product could be increased 200 per cent with a circulation revenue increase of 100 per cent, and the advertising would chase the high-income eyeballs. That is what I would do if I were still in that business.

Of course, the newspaper has to make the jump to the internet, but it should do it altogether and not just by offering a tease to buy the printed product. Internet subscribers could specify what they want featured and could be given designer newspapers according to their particular interests and they could be updated throughout the day and printed at home, preferably on printers with a little more variety of end-product size than most home printers have now.

The French media do not have the problem of the “overwhelming contiguity” (W.L. Mackenzie King’s phrase in conversation with General Charles de Gaulle in 1944) of a media in the same language and an accessible adjoining culture, and do not need relief as much as their English-speaking confrères, but they should receive it proportionately, as long as they meet genuine standards of quality.

Finally, the CBC-Radio Canada: in the context of North America, Canada must have a public broadcaster. The United States is such an immense and energetic country in all respects that it does not need a public broadcaster, though it has one anyway and it performs quite well, especially in airing excellent foreign programming. Canada does need a public broadcaster-telecaster, and it should be much better funded. Some people have been more vociferous in their criticism of the CBC than I have, although few have been more consistent, but I have never wavered in my view that a public broadcaster was necessary to an independent and self-aware Canada. Successive governments of both traditional parties have been so irritated by the CBC-Radio Canada’s criticism that they have steadily sliced the corporation’s budget, and the politicians in the corporation have ensured that almost all the cuts reduced the ranks and quality of on-air personnel and not the antediluvian infestation of imbeciles who have generally “managed” the CBC.

The result has been the worst of all possible worlds: the steadily less competent management of an ever-shrinking essential service to a country steadily more deserving and able to have a first-class public broadcaster. It should be at least as good as the BBC, to the extent necessary by buying the BBC’s best programming, and a much more reliable news service than the BBC, which is obtusely anti-Israel, pathologically anti-American (and I’m not decking the halls with the Stars and Stripes), and is a stentorian advocate of total immersion Euro-globalism.

We can do better, but this is a side issue to the media assistance proposals of the Trudeau government. The government’s program could be a valuable patch-through to strained print media outlets, and an entirely defensible investment if more of these entities showed a greater proclivity than they have up to now to devise and execute strategies of survival and renascent prosperity.