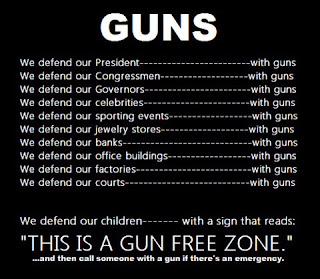 Findings from the Crime Prevention Research Center (CPRC) show that 97.8 percent of mass shootings over a 68-year period occurred in “gun-free zones.”

The study covers 1950 through May 2018. Otherwise, it would also include the November 7, 2018, mass public attack at Borderline Bar & Grill, in which 12 were killed. The November 19, 2018, attack at Chicago Mercy Hospital, where three were killed, would not be listed because it does not meet FBI criteria for a mass shooting, but it should, nevertheless, be noted that Borderline Bar and Mercy Hospital were both state-mandated gun-free zones.

For the purposes of highlighting errors in a report by Michael Bloomberg-funded Everytown for Gun Safety, CPRC also shows figures for a condensed time frame, from January 1998 to December 2015, demonstrating that even in that shorter period, 96.2 percent of all mass public shootings occurred in gun-free zones.