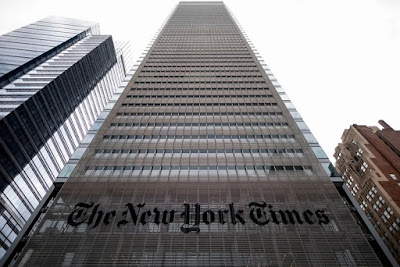 Three days without publishing an op-ed that caused a minor earthquake on social media.
Just kidding, it’s even more monumental than that: For the first time in the paper’s history, the NYT’s digital revenue ($189 million) exceeded print revenue ($175 million) last quarter.

Probably should stop calling it “the paper”

The NYT added 669,000 digital subscribers in Q2, its best quarter for subscription growth ever. It now has 6.5 million total subscriptions across print and digital, with the goal of hitting 10 million by 2025.
Bezos would be proud: The Times is ruthlessly crushing its peers.

How does that happen?

The vast majority of news subscribers only pay for one (1) online subscription, concludes the Reuters Institute, and in the U.S., that’s increasingly the Times.
The company’s been able to attract readers through a variety of strategic investments—in high-quality journalism/talent, games and lifestyle offerings, and multimedia products such as podcasts.
Zoom out: The NYT may be king of the news hill, but the view isn’t all that great. The pandemic has walloped advertising revenue across the media industry, and the Times felt it—ad revenue slid 44% and revenue on the whole declined 7.5%.