A population of 100 million comes with a price. Are Canadians willing to pay it? 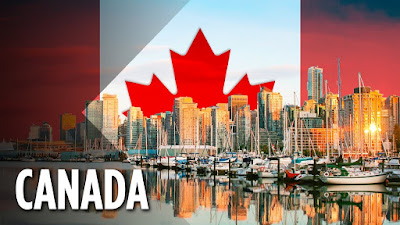 A population of 100 million comes with a price; Are Canadians willing to pay it?
Appeared in the National Post

A recent series of articles in the Globe & Mail suggested Canada should double its annual intake of immigrants to 500,000 with the goal of raising the country's population to 75 million in 50 years and 100 million by the end of the century. The justification for this policy is almost entirely ideological. The larger population is needed to give more weight to the authors’ efforts to convince the world to follow Canada's model of a truly social-democratic, multicultural and eco-friendly society yet there is no discussion of the high economic costs the policy would bring.

Doug Saunders, the Globe's correspondent in England, listed the benefits of raising Canada's population to 100 million, saying it would end the greatest price of under-population, (which) is loneliness: We are often unable to talk intelligently to each other, not to mention the world, because we just don't have enough people to support the institutions of dialogue and culture whether they're universities, magazines, movie industries, think tanks or publishing houses. ... It would put an end to the low population density that plagues large sections of Toronto and Calgary.A recent series of articles in the Globe & Mail suggested Canada should double its annual intake of immigrants to 500,000 with the goal of raising the country's population to 75 million in 50 years and 100 million by the end of the century. The justification for this policy is almost entirely ideological.

We do not have enough people, given our dispersed geography, to form the cultural, educational and political institutions, the consumer markets, the technological, administrative and political talent pool, the infrastructure-building tax base, the creative and artistic mass necessary to have a leading role in the world.

But these so-called benefits invite important questions. According to the Globe, the 100-million target has supposedly been suggested in the past and it's a nice, round number. But why not use 300 million or 500 million as targets? They are also nice, round numbers, which would catapult Canada even more decisively into a leading role in the world.

The argument about loneliness is simply strange as Canada's universities, think tanks and cultural institutions are well connected to their counter-parts within the country and in the rest of the world through the use of the Internet and low-cost travel.

Importantly, the Globe is either wrong or mute on the economic issues on increased immigration. The suggestion that a larger population would lower the cost of serving a larger set of consumers ignores the fact that economies of scale are less important than in the past because they can be achieved in today's world of free trade and low transportation by serving global consumer markets. The claim that doubling immigration levels would increase total national income fails to take into account that it would also lower living standards as measured by average after tax incomes and that it would make the income distribution less equal and retard the growth of income per capita.

The average immigrant who arrived since 1985 imposes an annual fiscal burden on taxpayers of $6,000, a total of $25 billion annually when all recent immigrants are taken into account. This is the result of these immigrants having low average incomes and paying correspondingly low taxes while they are entitled to all the benefits offered by Canada's welfare state. There is no chance to find double the current number of immigrants with better or even the same economic prospects as recent immigrants. Therefore, the Globe's proposal would substantially increase the fiscal burden on Canadian taxpayers.

Doubling immigration levels would put downward pressure on wages, increase unemployment and the incidence of poverty. It would raise the return to capital and reduce income equality. Most important, the low wages would slow the growth in labour productivity by discouraging investment in labour saving capital and technology. The wealth from natural resources would have to be shared among a larger number of people.

Doubling immigration levels would not solve the labour and skills shortage and might even worsen it, as more immigrants would require housing, schools, hospitals, and many other infrastructure facilities. With current levels of immigration, 250 new housing units must be built every week to accommodate new immigrants in Greater Vancouver alone. The demand for professionals will also increase. For example, 4,500 additional physicians are needed for every million new immigrants. Nor would the doubling of immigrants solve the problem of unfunded liabilities of Canada's social programs simply because they quickly become beneficiaries of these programs.

Canadians need a rational and full discussion whether the costs and risks stemming from much higher immigration levels and population are worth the ideological benefits claimed by its advocates.