Canadians are ditching CBC, so why do we keep funding it? 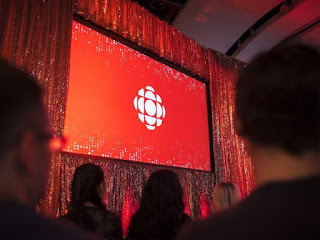 Every single time I critique CBC, I’m told that we need to have the state broadcaster, that Canadians rely upon it.

But the numbers would beg to differ.

Whether we are talking audience share or advertising revenue, CBC is a broadcaster in decline.

Did you know that across Canada, over a total of 27 stations coast to coast, the average audience for CBC’s supper hour newscast was 329,000 people? That’s not 329,000 people per market, that is across the country.

Compare that to just one of CTV’s local supper hour newscasts, CFTO in Toronto, which averaged 1.4 million viewers per night in the first week of 2020. That doesn’t include other major markets like Vancouver, Montreal, Calgary or Ottawa where CTV outstrips CBC. It doesn’t include Global News, which is dominant in Western Canada and like CTV doesn’t take a $1.5 billion per year subsidy from the taxpayers.

These CBC ratings aren’t numbers that I’ve made up, they were contained in CBC’s most recent annual report and highlighted by Ottawa-based media outlet Blacklock’s Reporter.

Other nuggets in that annual report include that CBC’s prime-time audience share in television was 5%, down from 7.6% in 2017-18. We also learned that CBC News Network’s total audience share is 1.4% of all TV viewers.

These slumping ratings mean slumping ad sales, the report says advertising revenue is down 21% overall — the decline in English Canada was actually much bigger, a 37% drop. If it were not for CBC’s French language division having a pretty good year, things would have been much worse.

Justin Trudeau’s Liberals were elected on a promise to increase CBC’s base funding by $150 million a year. That promise has been met and I’m sure Trudeau will soon be considering more money for his favourite news and media outlet.

Would we even notice?

CBC’s latest attempt to get ratings heading in the right direction has seen them bring in Family Feud Canadian Edition. Nothing says telling Canada’s stories to Canadians quite like importing a dated American game show and selling it like it is something new.

What’s next? Showing Home Alone 2 and editing out Donald Trump?

CBC does well in radio — as someone who worked for years in private radio and competed against CBC Radio, I can say they have an audience and do a good job.

Yet on TV, Canadians are voting with their clickers.

This may come as a shock to some media folks, especially on Parliament Hill, but CBC’s The National has been the third most watched national newscast for decades. Their recent reboot has only made things worse, pushing ratings below 400,000 viewers a night and at times I am told below 300,000 viewers.

CBC is out of touch with Canadians and what they want to see.

Their supporters may say ratings shouldn’t matter for a state broadcaster like CBC but if they aren’t producing shows we want to watch with their massive subsidy then what is the point of continuing to fund them?
Please share this.
Posted by alpha411net at 12:31 PM