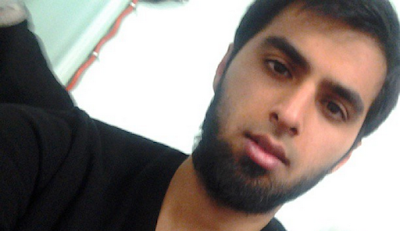 …Two suspected ISIS sympathizers are back in Ontario, according to published reports.

Truth North said Pamir Hakimzadah — a former Ryerson student — was sprung from a Canadian prison on May 24 — even though he was deemed an “undue risk to society.”

He reportedly tried to join the death cult in 2014 but was nabbed after travelling to Turkey where he was jailed for six months.

He allegedly said that “all non-Muslims should be killed.”

“He spoke either in favour of or in defence of ISIS. He viewed online ISIS content such as videos and posts. He also viewed a website that provided instructions on how to get into Syria,” a Crown lawyer involved in the case told True North….

Back home, prosecutors wanted a six-year sentence in a federal slammer for his alleged crimes, but last February, a judge sentenced him to six months in prison, giving him credit for the three years and seven months he already spent in custody. The sentencing came after he pleaded guilty to leaving Canada to participate in the activity of a terrorist group.

His time in prison was to be followed by three years of probation with a number of conditions, including undergoing psychotherapy, not possessing a gun or passport and undergoing “de-radicalization counselling.”…

Meanwhile, another Ontario man who was jailed in Turkey for three months is under a slew of court-ordered conditions because of “fear of [a] terrorism offence.”

CBC News reports that Ikar Mao, 22, of Guelph, and his wife were in Turkey last July when they were detained near the Syrian border.

They were suspected of terror-related activity but released without charge and booted back to Canada in mid-October….
Please share this.
Posted by alpha411net at 2:26 PM