“Noah”: A Biblical Tale Rewritten to Push an Agenda

Since its release in early 2014, the big-budget movie “Noah” has caused controversy for not being biblically accurate. While that is certainly the case, the movie does more than take liberties with the Bible: “Noah” pushes messages that have nothing to do with the Bible. These messages are actually political and come directly from the world elite. The primary message? Humanity needs to be cleansed … again. 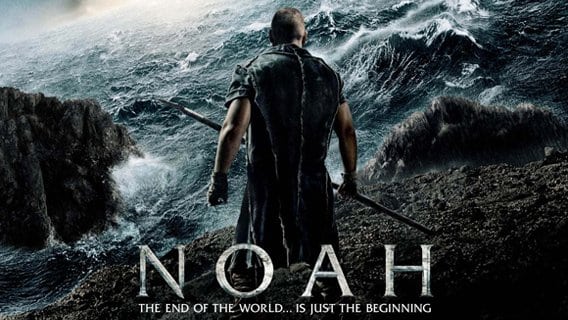 Throughout his movie-making career, Darren Aronofsky has created quite a few controversial movies with a powerful underlying message (see my article on the movie Black Swan here). None of his work can be considered “idiotic” and, despite what critics say, Noah is not an idiotic movie either. Sure, it contains giant stone monsters, primitive bazookas and Noah killing a bunch of poor souls, but the movie is smart enough to effectively communicate several of its core messages, twisting one of the oldest tales in the world to push an agenda that is very 2014.

While many viewers were upset about the many liberties taken in this retelling of Noah’s Ark – a tale that exists in Jewish, Christian, and Muslim literature – the messages added to the story should be even more upsetting. Noah re-formats this ancient tale to describe the basic premise of a new religion, one that has been pushed on the masses for years. Based on the elite’s long-term Agenda of drastically depopulating the Earth, this new religion is about radical environmentalism, the devaluation (and even hatred) of human life, and the re-alignment of morality towards a new axis. (more)
Please share this.
Posted by alpha411net at 9:18 PM