Chaos of War – The Next Will Be no CNN TV Special 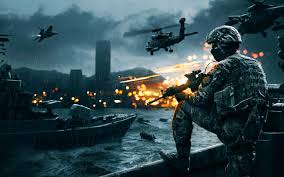 According to reliable sources, the primary reason I have been for backing off of war is because this is by no means going to be some TV CNN special where you watch things be blown up on TV as if it were a surreal movie or video game. First, Russia has intercontinental nuclear capability but it also has battle-field tactical nuclear weapons that would be used if their troops were truly going to lose. Secondly, China will support Russia and has already come out and taken their position against the arrogant posturing of the United States. Thirdly, there are sleeper cells within the United States that will take out power-grids and poison water supply. Cut the power and the USA will fall into chaos in a matter of days. In part, this is why Homeland Security has bought more than 1700 tanks for domestic use and it is also the thinking behind 1033 and the militarization of the police domestically. Either way, be it sovereign default on pensions and social programs that are inevitable or a domestic attack that takes out power-grids and poisons the water supply, troops are here to react. Homeland Security has been staging military drills taking various cities without notice to local politicians.

The stupid warlike Republicans who want to attack ISIS had better think twice before going down this road. If America puts boots on the ground, we will be drawn deeper and deeper into a war that nobody is going to win.

On the evening of Monday, August 18, 2014 the US Army commenced military exercises in Minneapolis and St. Paul, Minnesota. MH-60 variant Black Hawk helicopters buzzed through the downtown and residential areas of the two Midwestern cities as reported by CBS local news. This shocking event was actually a repeat of August 2012 exercises we previously reported. The U.S. Special Operations Command conducted exercises until the beginning of September along with police from Minneapolis and St. Paul using helicopters, including Black Hawks.

The ominous exercises, which took place over three days between the Department of Defense and the Department of Homeland Security in close collaboration with the local police who have been militarized, is part of a campaign to prepare for civil unrest but this can unfold from economic situations or caused by internal attacks at the hands of sleeper cells intent upon unleashing chaos within the USA. Moving to electronic currency will help eliminate bank runs during such a crisis in addition to ensuring the government gets every penny of tax. Yet moving to electronic currency will also raise the potential to shut down the US economy entirely by taking out power-grids.