6 Anti-NSA Technological innovations that May Just Change the World 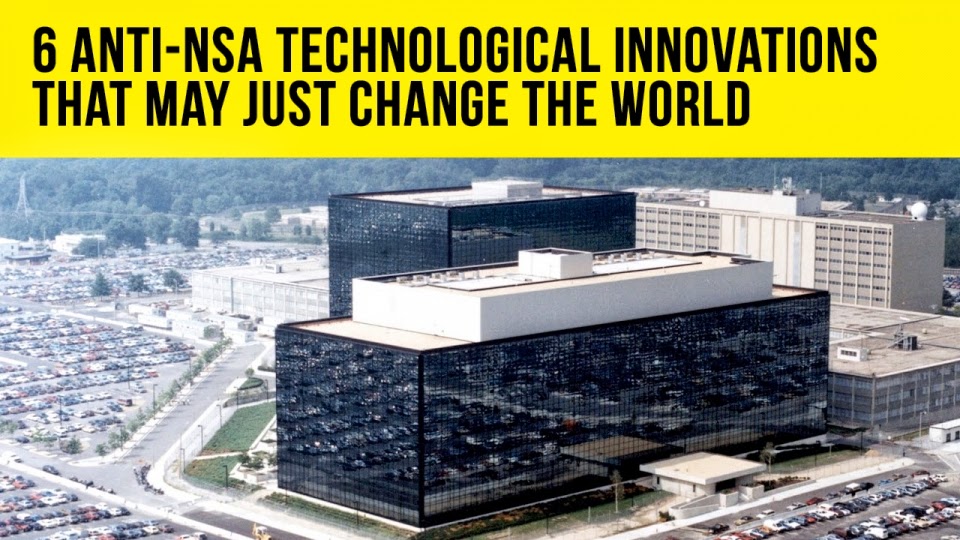 Rather than grovel and beg for the U.S. government to respect our privacy, these innovators have taken matters into their own hands, and their work may change the playing field completely.

People used to assume that the United States government was held in check by the constitution, which prohibits unreasonable searches and seizures and which demands due process in criminal investigations, but such illusions have evaporated in recent years. It turns out that the NSA considers itself above the law in every respect and feels entitled to spy on anyone anywhere in the world without warrants, and without any real oversight. Understandably these revelations shocked the average citizen who had been conditioned to take the government's word at face value, and the backlash has been considerable. The recent "Today We Fight Back" campaign to protest the NSA's surveillance practices shows that public sentiment is in the right place. Whether these kinds of petitions and protests will have any real impact on how the U.S. government operates is questionable (to say the least), however some very smart people have decided not to wait around and find out. Instead they're focusing on making the NSA's job impossible. In the process they may fundamentally alter the way the internet operates.

Anyone who was paying attention at all over the past several years knows that many of the top social media websites Facebook and Google have cooperated with the NSA's surveillance program under PRISM, handing over the personal information that they've been hoarding over the years. Many of us have grown to despise these companies but continue to use their services due to the fact that no real competitors have presented themselves. Yes there are a few sites oriented towards the anti-government niche but nothing that has the potential of opening up the kind of reach that's possible on Facebook or Google plus. The underlying problem here is that the server technology to run a site even a fraction of the size of Facebook is highly expensive, and to build and maintain a code base that can handle millions of users requires a full time team of highly skilled programmers. What this means is that anyone who wants to launch a real competitor to these sites would have needed to be well funded and have a sustainable business model. But what if someone came up with a system that removed the need for massive centralized servers? That's just what vole.cc is working to accomplish. Vole.cc is a decentralized social media system in development based on bittorrent and Ember.js which completely cuts the server out of the equation and allows users to build social media networks without exposing their personal information to "authorities" or data mining companies.

With the revelations that data in Apple's iCloud was available to the NSA as part of PRISM it has become clear that any centralized file sharing service is vulnerable, and any information that you upload to services like dropbox may end up being inspected by government agents. The folks at Bittorrent didn't like that idea, so they decided to build a viable alternative, one that doesn't depend on a centralized server at all and encrypts your data to make it difficult if not impossible to open without your permission. The service claims to already have amassed over 2 million users. Interestingly the vole.cc social media project uses Getsync to manage the social media data on your computer.

Don't like the fact that the NSA has been rummaging through your skype chats, emails and other instant messaging services? Well if you were a bit tech savvy you might have opted to set up your own mumble server or IRC channel, but this route will likely never be approachable for the average citizen and the reliance on a centralized server brings security vulnerabilities. However work is currently underway on a protocol that will completely remove the need for a centralized server and cut the NSA out of the loop entirely.

Related: How Big Tech Companies are Using PR Techniques to Counter the Effects of NSA Scandal
This year isohunt.com was taken down, and the PirateBay has had to change domains several times work around domain name seizures and ip blocking in many countries. Those of you who have been paying attention know that there is much more at stake here than the survival of file sharing sites. Governments around the world have come to view the internet as a threat to their dominance due to the fact that it enables citizens to communicate outside of official channels and organize resistance. Repeated attempts to pass laws like SOPA, PIPA, and the TPP illustrate very clearly that government officials have the entire internet in their cross-hairs. The PirateBay however has come up with a solution for their site which may end up changing the entire way we browse the internet. PirateBay is developing a software that distributes its website among its users making any attempt to take down their website irrelevant. While this software is only aimed at protecting PirateBay the concept could (and should) be applied to the rest of the web. Doing so would not only make it impossible for the government to take down websites, but it would also make it much harder for them to spy on you through the websites that you visit.

The NSA has been recording and listening to phone conversations of people all over the world without warrants. Even Angela Merkel's phone was tapped. It doesn't help that the worlds two most powerful phone manufacturers, Apple and Google, are in bed with the NSA. One Swiss company decided to do something about that and they've developed a phone designed to block the NSA and to protect your privacy. They're calling it Blackphone.

You may not realize it, but any time you send an email you are sending an enormous amount of information to the recipient (and any 3rd party intercepting your communications). Among this information is your ip address which in many countries can be used to pinpoint your location on a map to startling precision. This is due to the fact that even if you encrypt your actual message the headers themselves are not encrypted. There is a project underway right now to change this, it's called Darkmail. The darkmail project aims to introduce a "unique end-to-end encrypted protocol and architecture that is the 'next-generation' of private and secure email". If they succeed, the NSA could monitor your emails all they want, but all they will be able to see is the size of the message.

Put all these technologies together and what we see emerging is a new paradigm of communications where decentralized networks replace massive servers, and where social media giants like Facebook and Google may very well go the way of the dinosaur myspace. If you can't beat them at their game, make their game irrelevant.


Related: NSA Knew about the Heartbleed Bug and Exploited it for Years
A bonus technology that may make Youtube irrelevant: