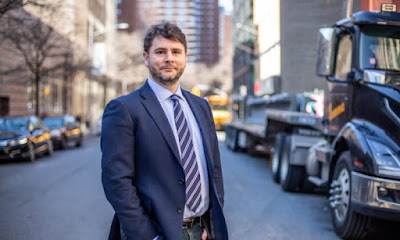 Young people in the United States are being subjected to communist-style sexualization, according to author and expert James Lindsay.

The goal is to destabilize society to make it ripe for communists to grab power, Lindsay, author of “Race Marxism” and “Cynical Theories: How Activist Scholarship Made Everything about Race, Gender, and Identity―and Why This Harms Everybody,” recently told EpochTV’s “China Insider” program.

And their plan has been afoot for more than a century.

“This is a deliberate program that Marxists have employed since at least the 1910s, starting in Hungary, to try to sexualize children to cause sexual and gender confusion so that they become political activists on behalf of some other agenda,” he said.

Lindsay pointed to Georg Lukacs, a devout Hungarian Marxist who served as deputy commissar of education in 1919 during the short-lived Hungarian Soviet Republic. He introduced sex education to children at the elementary level, he said.

“[Lukacs] sexualized the children of Hungary in order to separate them from their family,  to separate them from their religion, their nation and their culture,” Lindsay said. “Essentially getting children … all into these ideas so that when they go home, they would tell their parents, ‘you know, things have changed, or the Bible is wrong, or whatever our religion is wrong, our traditions are wrong.’”

Next came Herbert Marcuse, a prominent member of the Frankfurt School, who focused his efforts on “trying to free sexual energy,” according to Lindsay. Marcuse in his 1965 work “Eros and Civilization” applied Marxist ideology to delve into these topics, becoming the intellectual basis for the sexual revolution of the 1960s. This in turn led to the comprehensive sexual education programs that are in American schools today, Lindsay noted.

Later on, in the 1980s and 1990s saw the rise of the “post-structural feminism” movement. These feminist activists used postmodern theory to advocate the notion that gender was socially constructed, and that sex roles are a form of oppression, according to the expert.

“They used postmodern theory to break down all boundaries whatsoever—not just the idea of gender being a social construct, but sex and sexuality and everything becoming socially constructed, as well,” he said.

“And those people have basically taken over.”

Modern-day Marxists “focus more on gender and on the social fluidity of these concepts than you would have seen 100 years ago from older school Marxists. But the general thrust is the same,” he added.

Meanwhile, with young people as their target group, Marxists find a population who are highly vulnerable and impressionable, Lindsay noted, as they’re at a stage of their lives when “they’re trying to find their identity, they’re trying to go grow up, and go through puberty and discover what it means to be who they are.”

“Meanwhile, they [activists] hide behind saying that this is actually about protecting LGBT people, who are also being victimized,” he said.

The Marxist movements back then and nowadays all share the same goal, noted Lindsay, which is “to soften children up to get them to be more accepting of the gender and sexual instruction that’s going on in their schools.”

“So the purpose is actually to weaken and destabilize in the short term, so that power can be seized,” he said. “And then it’ll be up to whoever’s in charge to decide what they think is acceptable and not acceptable afterward.”

With children being inundated by such Marxist ideas from all angles, especially when “the schools are doing a terrible job, are failing at educating our students,” Lindsay stressed that this places more responsibility on parents.

“They’re having to take up the role of actually educating … their children, first of all. And then second of all, they’re also having to de-program their kids about what they’re learning about race, about history, about sex, about … sexuality and gender,” he said.

The situation, Lindsay said, is also forcing parents to have conversations about sex and sexuality with their children at far younger ages than parents think is appropriate, as the schools and the media are dragging them into having these conversations.

“The job that parents have right now is enormously harder than it was 10 or 15 years ago,” he said.

“But I stress this has been going on pretty rampantly at least over the last decade anyway. And so primarily, parents are just now becoming aware that this is being taught to their children in such a large quantity.”