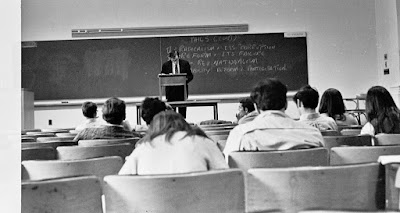 It is time to hold the left and academia accountable for their blatant propaganda. Not just teachers and schools, but the creators of course materials.

The near sole purpose of present-day academia is indoctrination. This is a fairly bold thesis, but the evidence is in its favor.

The increasingly progressive leftist agenda is sweeping through academia and conservatives are passively watching it happen.
The main indoctrination stories you hear are those of radical professors on college campuses, outlandish majors created to forward social justice movements, and, on occasion, a political outburst by a high school teacher.

Indoctrination is no longer dependent upon the political beliefs of teachers. We are now past that.

Although these issues need addressing, by far the biggest – and the one that should scare everyone the most – is the silent indoctrination.
Indoctrination is no longer dependent upon the political beliefs of teachers. We are now past that. Course material is blatant political propaganda. Not just the course material for gender studies and similar. The core curricula of grade school through college. 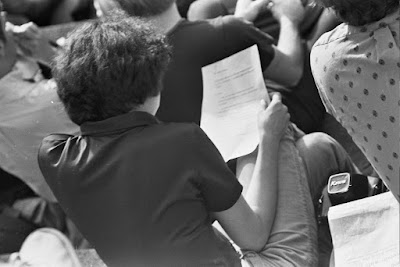 Sciences, economics, literature – any core course you can think of is politically influenced.
The only course that may still be an exception is mathematics. Unless you account for the left-wing system of common core – which is a complete disaster. If you don’t believe this, sit through a grade school math class or open up your child’s text book. Disaster.

The indoctrination of students is not just concerning re the influence on their political views, but the development of their morals and core beliefs.

Common core is another battle, and actually a far less important one. The indoctrination of students is not just concerning regarding the influence on their political views, but the development of their morals and core beliefs.
The conservative response to indoctrination has been groups such as Turning Point USA (TPUSA), Young Americans for Freedom (YAF), and College Republicans. These are all near exclusive to college campuses and college students.
In a recent article, David Kurten discusses the movement in the UK to impose mandatory inclusion of LGBT course materials for five-year-olds. Some individuals are even pushing for this mandate be extended to three and four-year olds. With the imposition of leftist ideology on essentially toddlers, college is much too late for conservative intervention.

Our whole educational system, from the elementary schools to the universities, is increasingly turning out people who have never heard enough conflicting arguments to develop the skills and discipline required to produce a coherent analysis, based on logic and evidence.
— Thomas Sowell (@ThomasSowell) June 7, 2019

Turning Point and YAF have a presence on high school campuses, but this presence is limited. This may be attributed to administrative restrictions, campus size, lack of political inclination by 14-year-olds, et cetera.
Juveniles typically don’t care about politics, and definitely not policy. But since 2016, more young people are being sucked into the political realm. The social issues in the United States, such as feminist and LGBTQ+ movements, have become so extreme and unbearable. Kids are tired of being told to apologize for the race or gender they were born as, and being told what they can and cannot say despite having a God-given right to speak freely.

The system that has been trying to indoctrinate students, while sometimes successful, has worn out the patience of their targets.

The system that has been trying to indoctrinate students, while sometimes successful, has worn out the patience of many of their targets.
They’ve generated enough anger to fuel their own youth countermovement. Meet Generation Z, the most socially and fiscally conservative generation since World War II.
It has taken students themselves recording, posting, and promoting the shocking and disappointing behavior of their teachers to get the media to begin turning their cameras on high school campuses.
The increasing media attention on high school teachers is great, and certainly a large step in the right direction when it comes to the reformation of academia. However, it still appears as though the general consensus is indoctrination is rooted in the teachers. 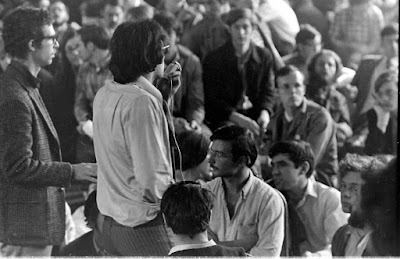 I completed my first two years of high school at Oxbridge Academy, a private school in south Florida. My last two years at were at Laurel Springs, an online private school. This gave me a whole new perspective on bias in academia.
Although I had teachers and access to tutors, I seldom interacted with either. I thought removing interaction with an individual would reduce if not eradicate bias.

My belief was removing the action of teaching by an individual near completely would reduce if not eradicate bias.

I was very, very wrong.
The removal of an instructor allowed me to see just how biased course materials are. And the discussion boards with fellow students showed me just how unaware of this others were. Unless you are involved with politics to a degree, it can be easy to miss politically motivated material.
The lack of political education in combination with the demand that students trust their textbooks as reliable sources allows the left to silently indoctrinate students.
Prime examples of progressive course material are in economics and psychology courses. Both are extremely important and beneficial courses, at least when taught objectively.

Chart presented in a high school economic course distinguishing differences between socialism and communism.
Economics deserves some credit. They gave communism a fairer explanation than expected and didn’t completely sugarcoat it. The same cannot be said for socialism.
No socialist or communist regime was specifically named in the unit. Despite Venezuela and the plethora of other failed attempts of socialism resulting in starvation, economic distress, and mass death, the material manages to make socialism sound like a plausible, positive system.

The left is genius when you think about it.

The left is genius when you think about it.

Progressives have run academia so far into the ground that students accumulate massive amounts of debt and cannot find work. They then tell the economically struggling students and graduates they are victims of the cruel system of capitalism. In reality, they are victims of the cruel system of academia the left created. They use this economic duress to pitch the debt-ridden students promises of economic equality in the form of socialism.
The left just leaves out the part where the ‘economic equality’ promised means equal poverty.

Gender identity spectrum from W.W. Norton & Company, Inc. textbook.
As far as forwarding the progressive agenda is concerned, Psychology is not to be outdone.

Psychology, which is often required in high school, is considered a social science. In the Psychology in Your Life Second Edition textbook by W.W. Norton & Company, Inc., there is a unit titled ‘Sex, Gender, and Sexuality.’ A reasonable subject to find in a psychology course. The contents of the unit were less reasonable.

There are two genders, male and female, as determined by chromosomes – it’s really not that hard.

The so-called ‘science’ course provides a gender spectrum and an explanation to how gender is not equivocal with biological sex. The course material further explained the differences between gender identity, biological sex, and gender expression.
It’s implied you can be born male, identify as literally nothing, and dress like a woman. And if anyone questions you about this, they’re a bigot.
There are two genders, male and female, as determined by chromosomes – it’s really not that hard.

My course materials present the theory of evolution with more skepticism than the gender spectrum.
Also I enrolled in both these courses as a minor. pic.twitter.com/qBHgt8CH0C
— Sofia Carbone (@sicarbone_) June 7, 2019

There is something to be said for informing students on the existence of radical, science-defying movements. Students should be knowledgable of current events and the socio-political movements within their country and abroad. However there is a well-defined line between teaching about an unproven ideology’s existence and teaching an unproven ideology as fact. It’s safe to say that line has been crossed.
This line is not crossed when it comes to topics such as evolution. Course materials clearly state evolution is not proven though largely accepted. The scientifically false statement that “men can be women” is presented with less skepticism than the theory of evolution.
It is time to hold the left and academia accountable for their blatant propaganda. Not just teachers and schools, but the creators of course materials.