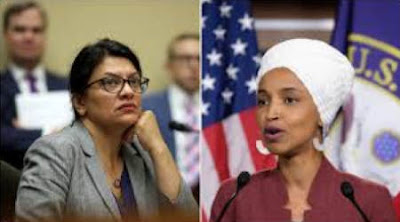 There is a CSPAN video circulating the internet allegedly of Congresswoman Rashida Talib (D-MI) discussing the Islamic plan to make America Islam and replace US laws with Sharia law. The original twitter feed says it is Tlaib in 1989. I checked CSPAN and found that the video in question was attributed to Sharifa Alkhateeb, a Muslim educator sharing her ultimate goal of Muslim education in America. Alkhateeb and Tlaib look alike, but Tlaib would have been only 10 years old when the speech was videotaped on CSPAN. Plus, if this had been Tlaib, this info likely would have surfaced during her campaign. Notwithstanding, there is much more disturbing info circulating about the other Muslim congresswoman, Ilhan Omar (D-MN).

Investigative reporter and former editor at PJ Media, David Steinberg, has investigated Omar's background and has found evidence of criminal activity. He has written five in-depth stories about Omar and her deceptive, if not illegal, activities since coming to the United States. In his first story August 13, 2018, Steinberg pieced together court records to document that Omar committed perjury by marrying her own brother to assist him in committing immigration fraud. Another Steinberg story documented that Omar was living with her first husband while married to her brother, and that she may have committed fraud to obtain student loans. Steinberg's latest story documents a complicated scheme by Omar's family to commit immigration fraud, from which she benefits today. 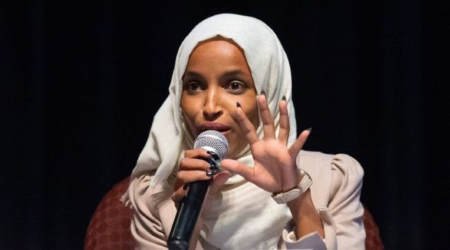 Steinberg has documented an entire system of fraud surrounding Omar, yet the media refuses to follow his lead in reporting it. Steinberg says Phyllis Kahn, who held Omar's congressional seat for 22 years, says the lack of reporting is due to fear of "not wanting to appear racist." Both Tlaib and Omar have made racist, anti-Semitic remarks and stand by them. Their words and actions are well documented. Fake news stories about Tlaib and Omar do not have to be made up. The truth is far more condemning. Yet pointing this information out is considered racist. Oh, how the truth is perverted. Think about this: Christ said in John 14:6, "I am the way, the truth, and the life: no man comes unto the Father, but by me," and in John 8:32, "And you shall know the truth, and the truth shall make you free." No Christ, no truth. Know Christ, know truth. Seek truth.


For more proof of the lies that the Democrats are using see the following article: Ilhan Omar Claims Trump Wants All ‘Black’ and ‘Brown’ People ‘Deported’