More and more Americans are waking up to the fact that the so-called "mainstream media" have become nothing more than the propaganda arm of the Democrat party.

Proof of this came after the Russian Collusion hoax was categorically destroyed after Special Counsel Robert Mueller issued his report which stated, multiple times, that the nearly two year exhaustive investigation failed to establish that any member of the Trump campaign, and no American persons "conspired or coordinated" with Russia to interfere in the 2016 presidential election, as the two top promoters of that theory, CNN and MSNBC's Rachel Maddow show, tanked in the ratings and still have not recovered.

Whether the downward spiraling of their rankings is due to disappointed liberals being told for three years that the "Trump campaign colluded with Russia," insisting that the President would indicted by Mueller, just to have none of it come true, simply tuning out, or whether the drop is because their liberal viewers realized they had been spoon-fed fake news," is anyones guess, although I tend to think it might be a mixture of both.


CHARTS THAT SHOULD TERRIFY ESTABLISHMENT MEDIA

Every year, Mary Meeker, a general partner at venture capital firm Bond Capital, delivers her Internet Trends report, which looks back  at a variety of internet trends from the previous year, and in some cases compares them to previous years' trends, and a few of these charts indicate some very bad news for the establishment media.

The first image shown below shows side-by-side charts, one from 2010 and the same data for 2018. The charts indicate the percentage of time spent using various types of media, compared to the percentage of advertising spending used. Meeker divides media into five segments, print, radio, TV, desktop and mobile. 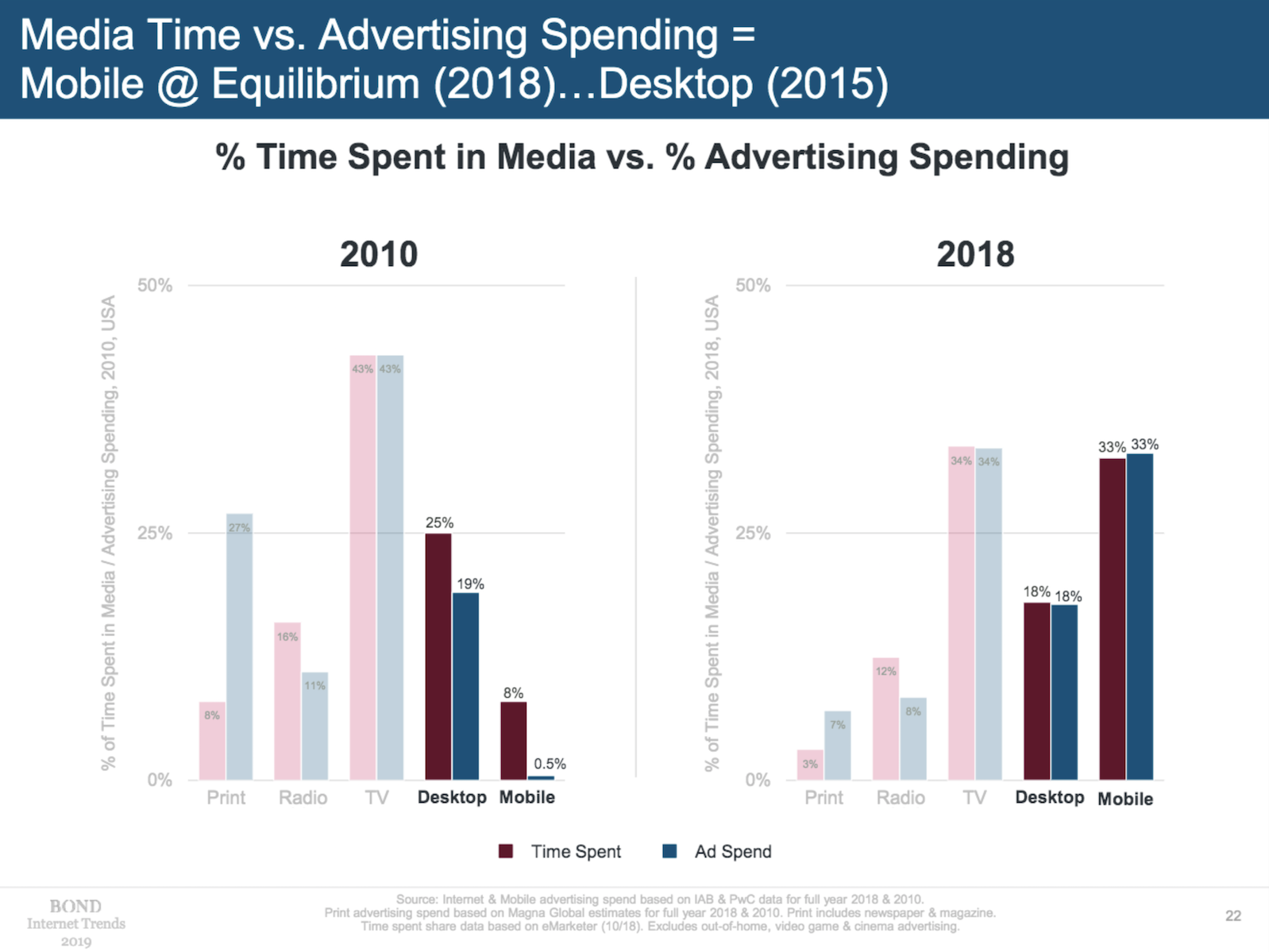 For Meeker's purpose, she is showing the percent of advertising that has gone into each media type, but in looking at what these numbers represent for establishment media, it should terrify them. While TV is still the largest share of media time spent earning advertising dollars, the desktop/mobile taken together because both are percentages of the population that get their news digitally over the internet,  51 percent is choosing to get their news online, and the advertising has equalized for both desktop and mobile, therefore online advertising collectively is now topping all categories.

Another chart found on NiemanLab.org from Emarketer, confirms this conclusion: 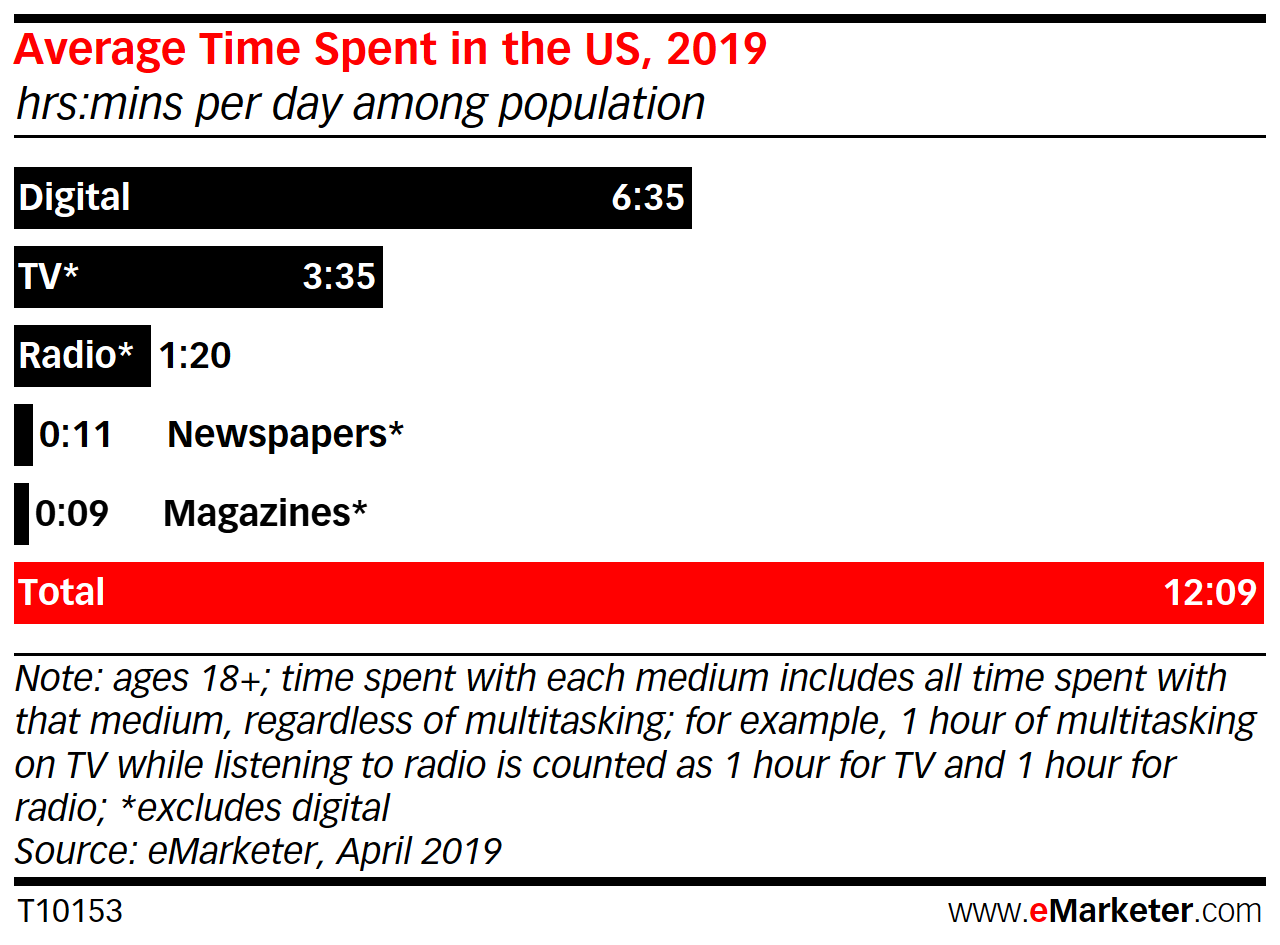 More bad news for the establishment media comes from the Reuters Institute, where they find that due to the fact that now over half the global population has access to the Internet, and the ability to get news for free, and the declining trust in the liberal establishment media, most people are not prepared to "subscribe" or pay for their news


Some key quotes from Reuters:

• News organizations are being challenged by technology giants and unsettled by a broader lack of trust but they have a much deeper problem: most people don’t want to pay for online news, the Reuters Institute found.

• The Reuters Institute for the Study of Journalism said in its annual Digital News Report that most people would not pay for online news and that there had been only a small increase in the proportion of people willing to do so in the last six years.

• When asked what media subscription they would pick if they had only one for the next year, just 7% of under 45-year-olds picked news. The report showed 37% would opt for online video and 15% for online music. 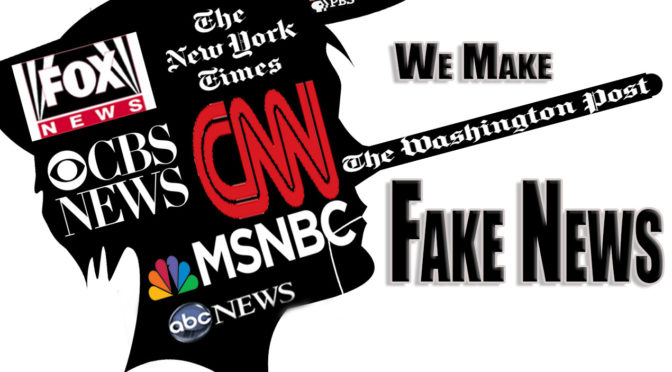 On June 3, 2019, the Business Insider reported that 2,900 people have lost their jobs so far this year alone. Compared to the approximate 5,000 media jobs cut from the market from 2014 through 2017, the year 2019 is one of the most devastating for establishment media yet, and it is only June.

CNN, GateHouse Media, Buzzfeed, Verizon, Vice, McClatchy, Machinima, and Gannett — the largest newspaper publisher in the US, all were forced to decrease their employee base.

The majority of the layoffs, buy-outs and firings have hit liberal-leaning media outlets, providing further empirical evidence that the establishment medias' death spiral is accelerating.

Trust in the establishment media, especially the pundits over at CNN, continue to blame President Trump's calls of "fake news," for the decreasing trust in the media, along with the unlimited number of websites that publish different kinds of news, for their decreasing audience, but Gallup has kept up with the "trust in the media" issue, asking respondents about it since 1972, where 68 percent of those surveyed had a Great deal/Fair amount of trust in the media. By 1977-78, that peaked at 72 percent. Throughout the years that trust has dwindled and has not topped 50 percent since 2006.

The media has done this to themselves.

Independent Media should learn the lessons that watching the MSM death spiral is teaching us. Source our work, offer as much information as possible.... for example: If we offer direct quotes, link to a transcript or a video clip showing that the quote is not being taken out of context or selectively edited as we have seen the MSM do, time and time again.

Another example: While I focused this article on what the Internet Trends and specific charts tells us about the MSM death spiral, the entire set of 333 charts of Meeker's presentation is embedded below, so readers can look at what they find to be the most interesting trends, rather than only being shown the ones that I was focusing on.

The bottom line here is that the establishment media stopped reporting "news" to inform and started deciding they should be able to determine how much information the public should get, all because they believe, and have admitted, it is their job to control what people should think, and that arrogance is costing them greatly.

2019 Internet Trends Report below: Below: Meeker's presentation with charts