Inside a smear campaign by antifa activists and the MSM "journalists" 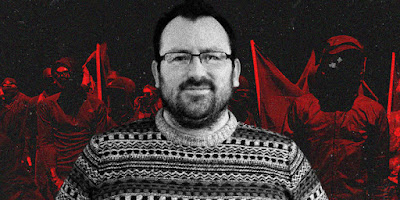 In a recent article for Quillette, I presented the results of a study into the concerning relationships between Antifa and national-level journalists. This was never the sum total of anything I had set out to do, but simply a consequence of separate academic research I had conducted into the left-wing radical group. But, as expected, directly after publishing my article there was an immediate and coordinated backlash from those same journalists mentioned in the report. For me, this experience demonstrates an ideal example of how these groups cooperate to target dissenters.
My initial thread on Twitter, which I published on May 15th, mapped out the relationships between 15 Twitter-verified journalists from publications such as The Huffington Post, The Guardian, and CNN. It was met with days of derision and abuse from Antifa accounts on Twitter. Jason Wilson of the Guardian, and one of the chief examples I had outlined in my study, mocked: (more)
Please share this.
Posted by alpha411net at 10:04 PM