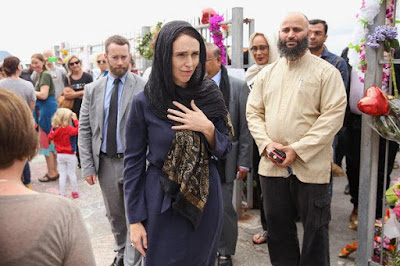 by Michelle Kaufman
I live in New Zealand. I’ve become alarmed at developments in my country since the shootings last Friday. What I see unfolding seems so disproportionate to the magnitude of the crime. It seems like I’ve woken up and all of a sudden live in an Islamic State.


Here are some highlights of what’s unfolding:

It seems like we’re living in a different world all of a sudden. It seems that showing our great respect for those who were killed has somehow been manipulated into showing affirmation of the Islamic religion.


New Zealand is now putty in the Islamists’ hands.


The shooting on Friday was terrible. But what has now unfolded is something else entirely and may just be the beginning of something very terrible for New Zealand.


Certainly, on a spiritual level, our crisis has become even deeper.