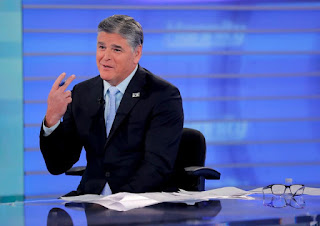 Will anyone ever stop Fox News? The long-dominant cable news network hit a major milestone in August: 200 consecutive months as the most-watched network in cable news. Ratings data released Tuesday by Nielsen show Fox News won prime time and total day ratings, and marked 26 consecutive months as the top-rated network in all of cable TV, with an average total audience of 1.3 million.

The 200-month streak comes after a week in which huge political news lifted MSNBC to one of its best weeks ever, including four nights in a row finishing first ahead of Fox, with MSNBC's star host Rachel Maddow beating FNC's Sean Hannity to take the title of most-watched host in cable news. But Hannity won the month, finishing August with an average total audience of 3.079 million viewers. The Rachel Maddow Show was second with 2.882, followed by FNC's Tucker Carlson Tonight (2.552 million), FNC's The Ingraham Angle (2.461 million) and MSNBC's The Last Word with Lawrence O'Donnell (2.229 million). The top five shows finished in the same order among viewers 25-54, the critical demographic valued by advertisers. With the win in August, Hannity has spent five months in a row as the most-watched cable news show.

MSNBC, meanwhile, crunched the numbers differently and declared Rachel Maddow the number one cable news host for August, with 557,000 viewers in the demo compared to Hannity's 547,000. How can that be? The difference comes down to four Hannity specials in August that FNC does not factor into the show's overall ratings.

MSNBC did see an overall bump in its prime time audience in August, with ratings up one percent compared to the same month a year ago. But Fox News Channel had an even bigger bump: up four percent compared to August 2017. Among viewers 25-54, all of the cable news networks saw declines, with CNN and MSNBC down 17 percent compared to last August and FNC down nine percent. The largest decline was CNN's performance in the key demo for the total day, where viewership was off 24 percent (FNC dipped 17 percent and MSNBC was down 16 percent).