Organized Crime and Illegal Immigration From Mexico: the Untold Story

Let's tall about organized crime and how it differs in the US and Mexico. One of the most notorious mobsters was Vincent "Mad Dog" Coll. 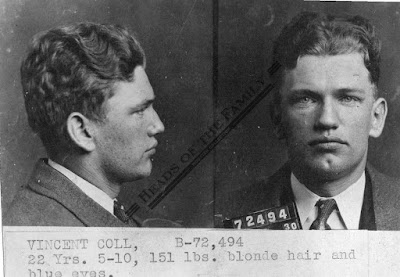 He was a freelance Irish contract killer born Uinseann Ó Colla. Coll committed his first murder when he was 18. He originally worked for the Dutch Schultz gang, but he was too insane to control. Between contract killings, he was an armed robber.


After his fallout with Schultz, Coll killed as many as 40 of Schultz's men. He also broke into Schultz's warehouses to destroy vending machines and trucks. At this point, Coll turned to kidnapping gangsters for ransom. 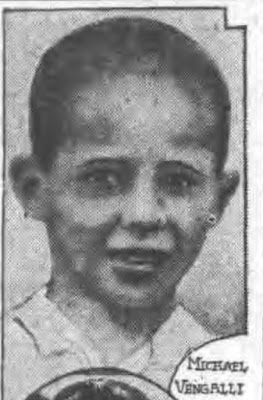 Coll was arrested on October 4, 1931. He'd dyed his hair and grown a mustache. 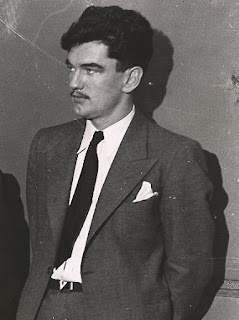 During his trial, Coll (center) smiled and waved at photographers. 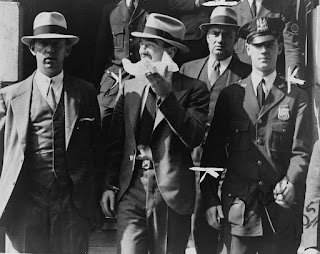 Because the only eyewitness had a criminal record and mental-health issues, the judge dismissed the case. Coll went free After his acquittal, Coll returned to contact killing and kidnapping.


On February 8, 1932, Coll was in a drug-store phone booth at 12:30 a.m. Three men entered the store. Two stood at the front, and the third went to the phone booth, took out a Thompson, and fired fifty rounds of .45-caliber bullets. Look at the grouping. 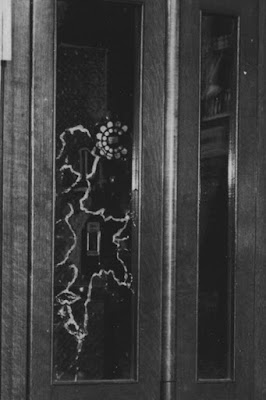 Coll was hit with three bullets in the face, three in the chest, one in the stomach, and eight in the arms and legs. But the coroner said that many MORE bullets passed through his body.  A quote floating around was that they "turned Coll into blood and sh*t." The killer was never identified.


See, the gangsters were ASHAMED that Coll had killed Michael Vengalli. The unwritten code was that you NEVER involve civilians.  In Mexico, the opposite is true. The cartels target civilians to show how ruthless they are.

People are telling you that to build a wall is "cruel." Have you heard of the Cadereyta Jiménez massacre?

Between 49 and 68 decapitated bodies were dumped on the road on the night of May 12, 2012. Their hands and feet were cut off, and they had been tortured.  The official story is that these were Gulf Cartel members killed by the Zetas, but it's more like that they were...migrants on the way to the US. The cartels engage in human trafficking, so they murder migrants as a form of advertising. "Don't use these guys! Use us!"


From April 6 to June 7, 2011, the Zetas murdered 193 people who they had kidnapped from passenger buses in San Fernando, Tamaulipas. The women were all raped, tortured, and dismembered alive, while the men were forced to fight to the death in gladiator contests.  THERE WAS NEVER ANY REASON GIVEN FOR THIS.  They apparently did it for fun.

There's a Mexican music genre called "narcocorridos."  These are accordion-based polkas about the cartels.

The stars of these ballads usually end up dead, because they sing the wrong thing.


My mother was Mexican, so I know the culture.  We are doing Mexico no favors at all by having open borders.  All we're doing is prolonging the agony.


Remember how Obama boasted of his deportations? What happened was that contract killers came to the US, carried out  their assignments, and then turned themselves in to ICE to be deported  without being questioned.   Then they came back and did it again.


Illegal immigration is a NATIONAL-SECURITY CRISIS. We're not building a wall to be mean or racist. A wall is the only way to force Mexico to clean up its act.  The incoming Mexican president has vowed to send millions MORE illegals, form all over South and Central America.  He is weaponizing illegal immigration.   So there's no need to worry about Mexico anymore.


EVERYBODY on both sides of the border preys on illegals.   Look up photos of the Cadereyta Jiménez massacre. If you dare.  Those butchered bodies were illegals.


Our government must protect Americans.  The Mexicans are currently beyond reach, so they must live with the consequences of their choices. Maybe someday we can work together.  But right now, it's simply not possible...

ADDENDUM: In the US, criminal syndicates avoid drawing attention to themselves.You can get killed or turned in to the feds for leading a flashy life. It's exactly the opposite in Mexico.  There's a saying in Mexico:"Plata o plomo." Silver or lead.Take the bribe and cooperate, or get filled with bullets.  They have no fear whatsoever of law enforcement.Rather than get into gun battles on the streets here, let's just build the wall.It's far more humane...
https://threadreaderapp.com/thread/1011280088124436481.html