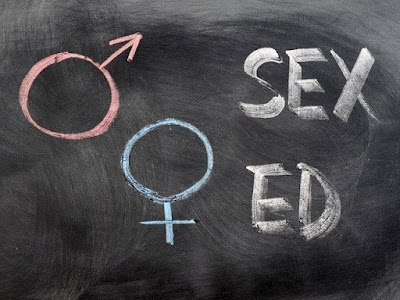 In an editorial Sunday, the board condemns the promotion of abstinence among teens by the current Department of Health and Human Services (HHS). The reproach is delivered without one word about the scientific fact that the only certain way young teens can avoid having to deal with the unfortunate situations of an unplanned pregnancy or being infected with an STD is to not have sex.

“The administration is promoting a ‘just say no’ approach” and is ‘poised to shift Title X family planning dollars … toward programs that advocate abstinence outside of marriage,” says the editorial board, sure that only horrific outcomes will ensue from encouraging young people to delay sex until they are older, have completed school, and have met someone special.

“The administration’s approach defies all common sense,” the editors write, claiming there is no evidence that teaching young people to make healthy decisions about sex will reduce teen pregnancies or STDs.

The Times continues that comprehensive sex education (CSE) programs of the sort promoted by the Obama administration are the reason why teen pregnancy has declined in the United States in recent years.

A senior HHS official, however, recently told Breitbart News that this narrative is not supported by research data from the federal government itself.

A 2016 report from the Centers for Disease Control and Prevention (CDC) shows nearly 60 percent of high school students today have never had sex, an increase of 28 percent since 1991. This data complements research that also shows a historic drop in teen pregnancy rates since 1991.

Yet, despite this scientific data that was produced during his own tenure, in his proposed budget for Fiscal Year 2017, former President Barack Obama eliminated funding in his administration’s Teen Pregnancy Prevention Program (TPP) for sex education programs that focus on reinforcing the healthy decision to delay sex made by many adolescents. His administration proposed only funding CSE programs, which assume all middle school children need to know where to get the morning-after pill and how to use a condom.

“The previous administration tried an approach that just didn’t work,” the HHS official said. “And our commitment requires that we change that approach.”

An HHS document points to 37 evaluations of TPP programs performed for grant applications to fund the programs.

“Overall, of the 37 funded and evaluated projects, 73% either had no impact or had a negative impact on teen behavior, with some teens more likely to begin having sex, to engage in unprotected sex, or to become pregnant,” HHS explained. “Very few positive results were sustained over time.”

Additionally, as CDC has also observed, while teen sex and pregnancy rates are at record lows, sexually transmitted diseases (STDs) are at record highs. HHS said sex education, therefore, “should be centered on science in the promotion of optimal health outcomes.”

“If we know that more teens are waiting to have sex today than 25 years ago, then shouldn’t we be reinforcing those healthy decisions and building upon that?” HHS asked. “Similarly, we know that teen pregnancy rates have decreased and yet sexually transmitted diseases and infection have increased to record levels. There’s something going on there, and we need to learn what it is and to make sure we make some amendments to the messages we’re communicating, because we can’t be satisfied with those numbers.”

The Times editors, however, are more concerned about keeping up appearances at places like the U.N., where, they gasp, Trump administration officials have been heard referring to the United States as a “pro-life nation.”

The editorial board further condemns what it calls Trump officials engaging in “savvy rebranding” of teen sex ed programs by using “innocuous sounding terms like ‘sexual risk avoidance’ and ‘healthy relationships.’” The editors do not apparently take offense, however, at the abortion industry’s attempt to smooth over the elective ending of an unborn child’s life by defining the procedure as “women’s health care.”

Many parents throughout the United States say they have had “enough,” in fact, of the “pornographic” and “gender-bending” sex education curricula taught by organizations like Planned Parenthood – which profits from abortion and also boasts that it educates students about how to have “LGBT-inclusive sex”:

More recently, Planned Parenthood itself released a video titled How to Tell Someone You Have an STD, in which the group minimizes the significance of sexually transmitted disease.

“So, you’ve got an STD,” the video’s narrator nods casually. “Guess what? So do lots of other people. Half of all people will get an STD at some point in their life. Seriously. Not kidding – half. It’s OK.”

For the New York Times editors, however, teaching young people to delay sex until they are older and might have better judgment about relationships is “anti-science” and more.

Such education “keeps all people who are subjected to it in the dark about critical aspects of their health, and treats a normal part of life — sexuality, and women’s sexuality in particular — as aberrant and shameful,” they say.

“Science,” however, is not pro-sex or pro-abortion. And encouraging young teens to respect themselves and their bodies – and to view their sexuality as a special part of who they are – does not equate to teaching sex is abnormal, “aberrant,” or “shameful.”
Please share this.
Posted by alpha411net at 11:14 AM