Our media is on the brink of mass failure 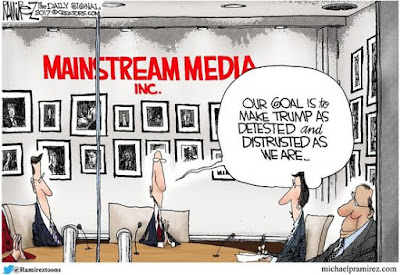 By some industry estimates, many of our major media outlets will fail within weeks. Starved of advertising revenues for years, the COVID-19 pandemic will deliver the final blow, especially for newspapers. And with the government now preparing to spend unprecedented amounts of money, we should be concerned that there will be no journalists left to keep watch.

This is a six-alarm fire. If Ottawa does not treat this as an emergency and act accordingly, Canadians will be left with few sources of reliable information about how to protect ourselves and our families from COVID-19.

Yesterday, we got a taste of what lies ahead.

In Quebec, the newspaper chain formerly known as Groupe Capitale Médias announced that 40 per cent of its 350 employees will be laid-off, and that print editions of five daily newspapers will be limited to Saturdays only, effective immediately.

In Atlantic Canada, the SaltWire Network of five daily and 20 weekly newspapers announced significant cuts to production and laid off 40 per cent of its workforce.

Even before the COVID-19 crisis struck, private media outlets were so beleaguered that they required special tax assistance just to stay afloat. Despite this support, Postmedia and Torstar, Canada’s largest producers of daily newspapers, are in dire financial straits. As of Thursday, you could buy all Torstar stock for just $21 million. As the economic downturn intensifies and businesses of all sizes suffer horrendous financial consequences, the few advertising dollars that remain are drying up overnight.

For its part, the CBC is so underfinanced that it cancelled all local TV news broadcasts last week. In a video town hall with CBC employees, Barb Williams, executive vice-president of English services, said the move was necessary to keep the network from “fading to black.”

Ottawa must understand that we are staring down the end of Canadian private media as we know it. With few exceptions, we’re talking about the extinction of the entire Canadian media industry. No democracy can survive without a functioning press.

Nobody wants journalists to become dependent on the government they’re meant to scrutinize. But the federal government can help by properly funding the CBC. And the CBC can help by collaborating with private outlets rather than competing with them.

Ottawa needs to start by doubling the budget of the CBC, to finance a major expansion of its national, regional, and local news capacity with a mandate to freely share its news content with any media outlet that wants to use it. To maintain CBC’s vital independence, the government must also give the CBC board of directors the exclusive authority to hire and fire the corporation’s president, currently a prime ministerial prerogative.

Amid the carnage, some media companies are doing quite well. Trouble is, they don’t employ a single journalist. They publish journalism produced by others without paying for it. And they face none of the financial and legal consequences of publishing false, harmful, or illegal content. To top it off, they don’t pay a dime in corporate taxes on more than $8 billion of profits they extracted from Canada last year.

Of course, I am talking about Facebook, Google, Netflix and other online media giants.

According to the Interactive Advertising Bureau, Canadian business spent $8.5 billion on digital advertising in 2019, with 87 per cent, or $7.4 billion flowing to foreign internet platforms — mostly Facebook and Google. Netflix made $1.6 billion more, according to the Yale Commission report. Because they have so few Canadian employees, almost all of this is profit.

Canadians who are fighting for their livelihoods and to preserve their businesses, large and small, are right to be furious at Ottawa for allowing these companies to profit so handsomely while the rest of us paid our taxes and now find ourselves struggling to survive.

It is long past time that Ottawa taxes these companies just like any other corporation operating here. Applying the federal corporate income tax of 15 per cent to foreign online ad sales would yield $1.1 billion. That money would be enough to double the Parliamentary appropriation to CBC.

If Ottawa does not act now, it will be too late for our media. CBC may be the only source of reliable Canadian journalism left standing, while Canadians are swamped with misinformation and illegal content from the likes of Facebook.

This was written in the Toronto Star. Daniel Bernhard is the executive director of FRIENDS of Canadian Broadcasting.
Please share this.
Posted by alpha411net at 7:29 PM