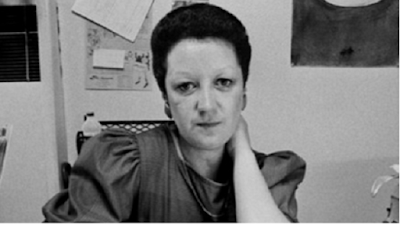 February 18, 2017, Norma McCorvey passed away. Her long, hard journey on this harsh Earth behind her, she finally rests in the peace of our Lord. At last.

Norma was one of the most broken people I have ever met, but her impact on the lives around her cannot be measured.

Norma carried a crushing, unbearable weight around for most of her life. She felt the burden of the 58 million lost lives since the Roe v. Wade decision because Norma was Roe. I hate to type that because she was so much #morethanroe.

Why do I detest the pro-abort feminist movement? Norma McCorvey.

Let’s hit the Wayback Machine to 1987. I was a young impressionable university student leader. I was responsible for bringing concerts, comedians, and lecturers to the University of Nevada campus. I had the opportunity to meet many incredible people – musicians, intellects, opinion leaders and Hunter S. Thompson.

One of my all-time favorite lecturers was Sarah Weddington, the attorney who successfully argued the Roe v. Wade decision. She was articulate, gracious, funny, smart and THE FEMINIST ICON. And best yet, she took a liking to me at the many booking conferences that I attended. After a couple of years, I finally secured a date for my mentor to speak on campus. The lecture was brilliant. The event was successful, even though a few pro-life demonstrators stood quietly protesting outside the venue.
After the event, a group of students and I took her to dinner and were entertained by more exciting, interesting stories. Over dessert, I asked, “whatever happened to Roe?”

“She’s a stupid piece of white trash. She’s pro-life and a Christian,” she snarled throwing in a few decidedly ungracious and unrepeatable curse words. “She’s a piece of trash. She was stupid when we found her and she’s worse now.”

I quickly paid the check and the evening ended. Her words and her demeanor hung in the air that night and honestly, I have never been able to forget them.

And that, right there, was the end of a chapter. I would no longer blindly follow a feminist agenda that defined progress on the backs of dead babies. I began a journey from pro-choice to pro-life. Why? Because Roe v. Wade, the decision that supposedly was the rallying cry for all feminists, was achieved by taking advantage of a “stupid piece of trash” not fighting for the rights of all women. Just another example of a rich liberal white woman imposing her beliefs on those that shouldn’t be allowed to think or believe.

I will leave the rest of my pro-life journey to another time, because Norma’s story is so much more important.


Over 20 years later, our state pro-life group brought Norma McCorvey in to speak at the January rally. I don’t think I understood what was about to happen. As I sat listening to Miss Norma, I was overwhelmed with the burden she carried. She told her story of meeting with Sarah Weddington and the other attorneys, the Roe v Wade decision, her coming out as Roe, her strident advocacy for the legalization and normalization of abortion, her conversion to seeing the humanity of the unborn caused by the patient and loving efforts of young pro-lifers, her acceptance of Christ and her lifetime efforts to reverse a Supreme Court decision that she felt she caused.

Her speech wandered, halting here and there. Her delivery was not great and she was most definitely not articulate. But I don’t think I have ever been so moved by any speaker as I was by her story of victimization, loss, despair, redemption, triumph and crushing guilt. When she said, “I am responsible for the death of 50 million unborn babies,” I couldn’t hold the tears back. I, like everyone in the room, was forever changed.

When I met Miss Norma, she knew in her head that she had been forgiven and redeemed, but she struggled with the demons of despair and guilt. That guilt drove her to open her wounds for all to see in her fight for the unborn. She endured the most horrendous internet trolls who sought to silence her. Yet she pressed on. It was hard to watch. But for her there was no other way.

After her speech, I had the opportunity to speak to her privately. I asked her, “whatever happened to Sarah Weddington and the other attorneys?” Miss Norma’s face transformed. It softened and saddened. “I haven’t heard from them in years. They were not nice women. They were not nice to me.” Then she added, “I heard she has breast cancer. I pray for her.”

That right there is what the feminist movement should be. Lifting our sisters up during their times of difficulty, not taking advantage of them and throwing them to the curb when we have used them up.
Norma McCorvey, rest in peace.

LifeNews Note: Melissa Clement is the president of Nevada Right to Life.