'Gosnell' Being Dropped From Movie Theaters Despite Solid Performance 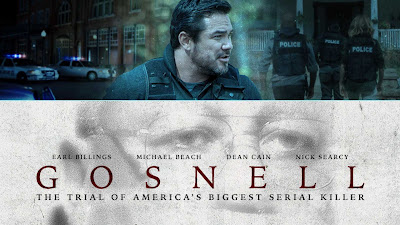 "Gosnell: The Trial of America's Biggest Serial Killer" surpassed box office expectations upon its release last week by entering into the Top 10 grossing films with a revenue of $1,235,000 on just 668 screens.

Despite the solid performance for an independent film of this sort, nearly 200 theaters have inexplicably dropped the film, including those in major cities where it was performing the strongest. Coming into its second week, "Gosnell" has dropped from 668 theaters to 480 theaters — a full 188 theater drop, 15 of which were top-performing multiplexes.

According to John Sullivan, the film's marketing director who also served as a producer, the drop cannot be written off as a mere coincidence or "business as usual."

"I can tell you from my experience in 15 years of releasing movies independently, we’re in uncharted territories," Sullivan told DW. "It is an impacted fall, no doubt about it, but the fact that we’ve been dropped from theaters where the movie is the number 6 or number 9 movie is just something you don’t see."

"It’s hard not to believe it isn’t about the content of the movie," he added. While some of the smaller theaters may have dropped "Gosnell" to make way for "Halloween" this weekend (a major release projected at number 1), the same could not be said for multiplexes housing 20 or more theaters where the film performed in the top 10. 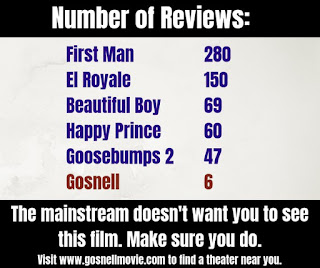 "I do recognize it’s a crowded marketplace — 'Halloween' is going to be a huge opening," he continued. "But it’s very odd to me that you’re within the top 10 and you’re getting dropped out of a movie house."

15 of the theaters that dropped "Gosnell" were high-performing theaters, all of which were major chains. A few examples:

Conversely, the filmmakers have received varying reports of theaters actively preventing customers from buying a ticket by not advertising the film or declaring it "sold out" before capacity is reached. While some of those situations may be the result of human error, Sullivan says the apparent blackballing is too consistent to go ignored.

"This has come at an unprecedented level for us," Sullivan said. "I’ve released a number of independent films, including the number 2 political documentary of all time. We faced problems there, but I’m getting reports of stuff too consistently for it not to be taken as something more than just a 16 or 17-year-old not doing their job at the local theater level."

He continued: "One report out of Nashville had people being told the movie sold out simply because they didn’t have the staff to cover the theater, and they chose our theater to do that to. Why? Too many things have stacked up and it just doesn’t smell right."

Sullivan directed the top-grossing "2016: Obama's America," and while that film certainly faced some resistance, the box office numbers were too strong for theater chains to simply toss it aside.

In a public statement on Facebook, the film's producer, Phelim McAleer, said he had received "worrying reports from across the country" regarding customers' inability to buy tickets.

"People are saying that they are going to the box office and being told that the film isn't being shown when it is," McAleer said. "We are being told that people are also not able to buy tickets online. Some theaters are trying to cut this down, trying to exclude people from going to see it."

Several Facebook users commented that they have indeed been prevented from seeing the film.

"My wife and I bought tickets online beforehand at an AMC theater, only to have them canceled and refunded," said one user. "My wife called and asked why, but the person she talked [to] only would say that the theater decided not to show it. So, we drove an extra 20 minutes to see it at a Cinemark theater where it was showing."

Another user said, "I bought tickets from the kiosk in the theatre lobby. When the photos were displayed in the kiosk screen, every movie had the photo of the movie except Gosnell."

"My cineplex did not have any movie posters up for it, no signs over the hallway to the correct theater, I had to ask them where to go," said another.

Time will tell if "Gosnell" will hold up in its second week despite the reduction of showings.